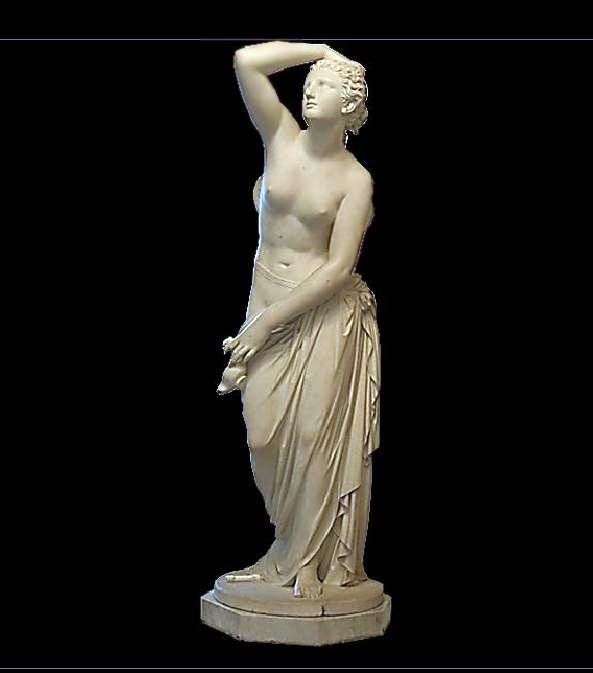 Bock, background, Alexander Romanovich, – sculptor. He graduated from the course at the Academy of Fine Arts. In 1864, the Academy, for the statues of “Psyche” and “Cupid that released him the freedom of a moth caught” in Rome, recognized him as a professor, and the following year elected to the teachers of the sculptural department. Understanding the image of Psyche, Russian culture inherited from antiquity. He was perceived as a symbol of eternal rebirth and immortality of the soul. Psyche – in Greek mythology, the personification of the soul.

Apuleius wrote a poetic tale about the wanderings of the human soul, eager to merge with love. Cupid was married to the tsar’s daughter Psyche. However, Psyche violated the ban never to see the face of her husband. At night, burning with curiosity, she lit the lamp and saw the young god with admiration, not noticing the drop of oil that fell on the tender skin of the Amur. Cupid left her, and Psyche remained in despair, with the hope of returning it to herself.