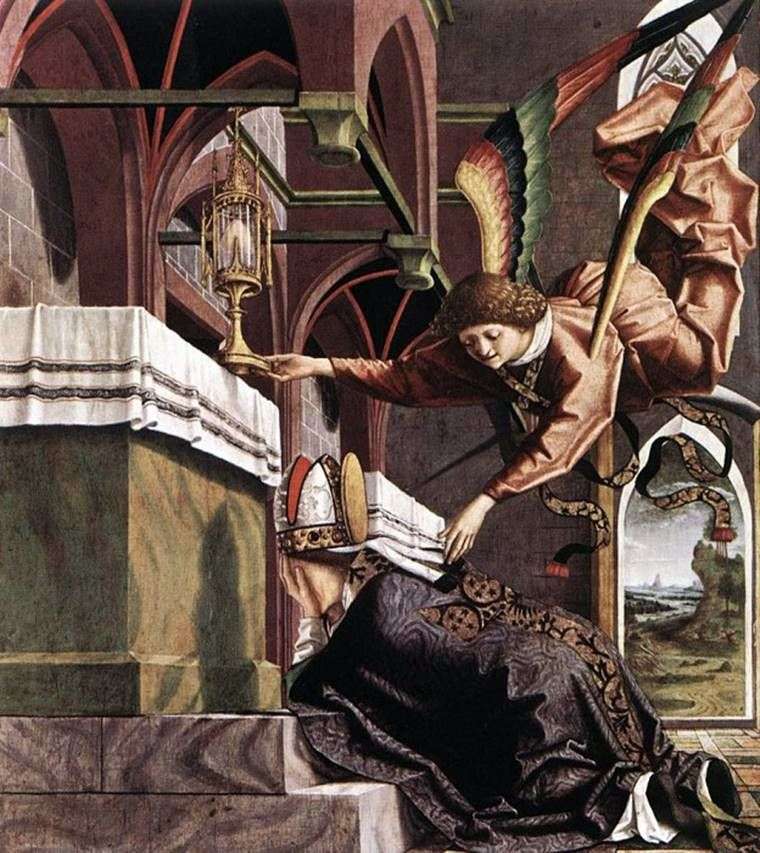 Michael Pacher – one of the outstanding masters of Central Europe in the XV century. He was born in Bruneck, located in South Tyrol, through which the paths connecting the Czech and Austrian Lands with Lombardy and Veneto passed. The master visited Italy twice, where he became acquainted with the works of Mantegna, Antonello da Messina, which influenced the development of his work.

The artist traveled the Rhine and the Netherlands. In 1467 he became the burgher of Bruneck and the owner of a large workshop in which he created his works for Tyrol and Salzburg. The master died in Salzburg, where he worked on setting up an altar for a local church. When creating the Altar of the Fathers of the Church, Pacher, like his other works, acted not only as a painter, but also as a sculptor.

The altar painting of the artist is distinguished by a keen emotionality and interest in complex angles, in which the plastic mastery of the sculptor manifested, turned into painting. Other famous works: Altar of Thomas Becket. Old Gallery of the Museum of Ioanneum, Graz; Altar of Sts. Wolfgang for the church of sv. Wolfgang 1471 – 1481. St. Wolfgang, Upper Austria.