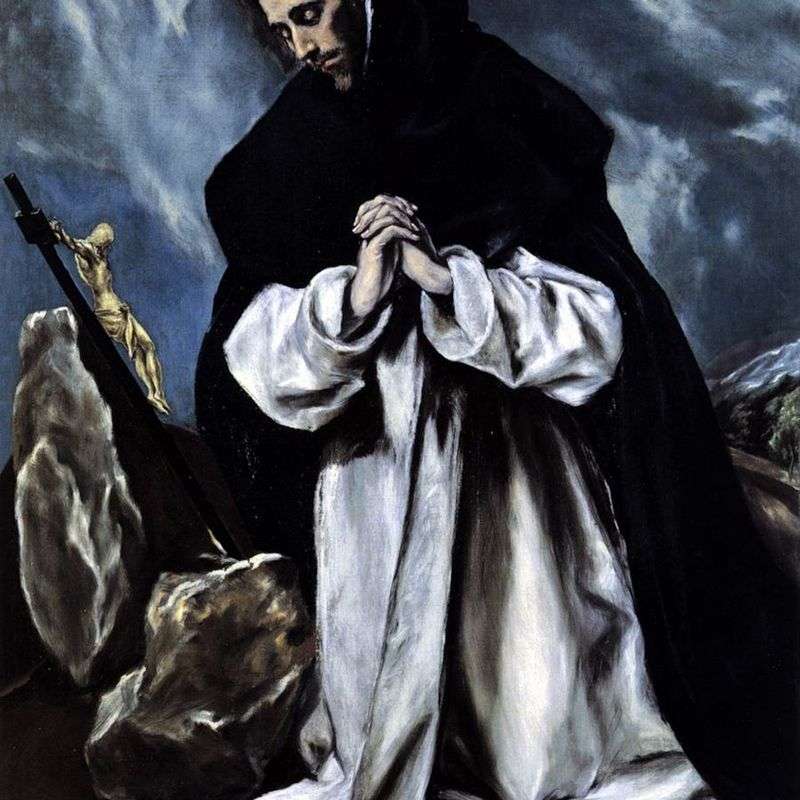 The painting of the Spanish painter El Greco “The Prayer of St. Dominic”, like many others, is devoted to religious themes. The size of the picture is 118 x 86 cm, canvas, oil. Dominique is the founder of the Dominican order, usually called de Guzman, although he did not come from this family.

Born in Old Castile. In 1194, Dominic was called Bishop of Ozma, as a conciliar priest, for the reform of the local clergy according to the statute of St. Augustine. Arriving in 1205 in France, Dominique decided to preach against the heresy of the Albigensians and founded, with the support of Bishop Fulkon

of Toulouse, a monastery in Prul. In 1215, Dominique went to Rome to receive permission from Pope Innocent III for a new order. The pope agreed to fulfill Dominique’s request only on the condition that he choose the rules of one of the already existing orders. Dominic chose the rules of St. Augustine.

In 1217 Dominic returned to Toulouse and zealously cared for the spread of the new order. In 1218 Dominique moved to Rome and was appointed pope “magister sacri palatii” and a court preacher. Twelve years after Dominic’s death, in 1233, the Catholic Church recognized him as a saint.