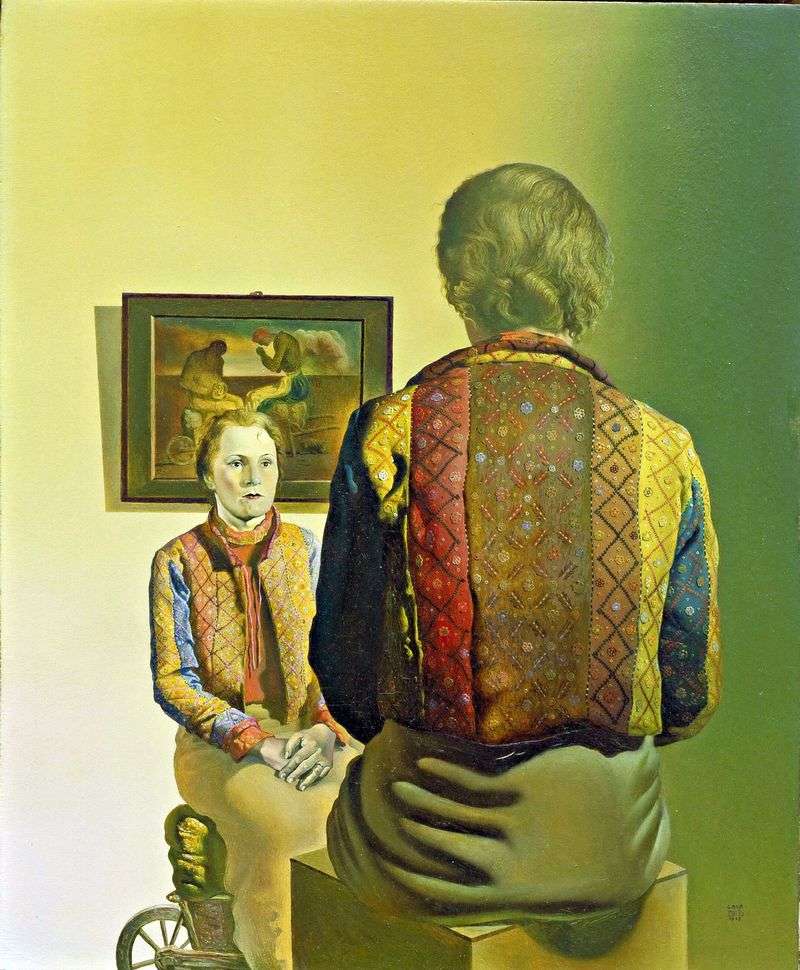 The painting is also known as ‘Anzhelyus Galy’; on the wall hangs a variation on the theme ‘Angela’ by Millet, which was an obsessive impression of Dali. Two figures in the room – obviously Gala from the face and from the back – are compared in approximately the same positions as the peasants in the picture of Millet.

However, the picture itself is ruthlessly distorted by Dali’s hand: he puts both farmers in a wheelbarrow and changes the position of the woman, enhancing the resemblance to the attacking mantis, which the artist saw in the original; she is going to get along with a man and then absorb it.

In contrast, the image of Gala is calm and serene, which probably reflects Dali’s conviction in her saving role in the fight against the sexual failures and insanity that pursued him.