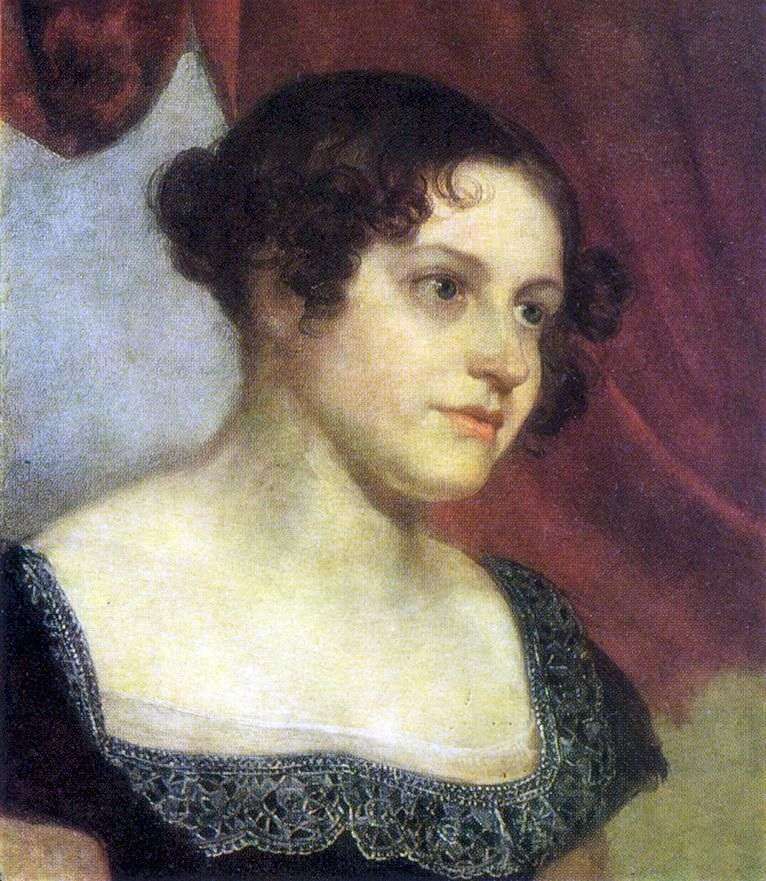 Anna Feodorovna Furman is depicted in the portrait, in the marriage of Oom, the daughter of a Saxon who served in Russia. After the death of her mother, she was brought up in the family of the president of the Academy of Arts, A. N. Olenin. Living at Oleniny, constantly met with the guests of this family: the child was the favorite of GR Derzhavin. NI Gnedich gave her lessons; in love with her KN Batyushkov devoted her several poems.

Having reached the age of 25, she moved to her father in Dorpat, and then to Revel, where she married Wilhelm-Adolf Ooma in 1821. Soon her husband was appointed to serve as a teacher and supervisor at the Educational School of the Academy of Arts in St. Petersburg. Having become a widower in 1827, AF Oom assumed the position of the chief overseer of the Upbringing House in St. Petersburg. Contemporaries recalled her as a “Russian beauty,” “a charming and highly moral person.”