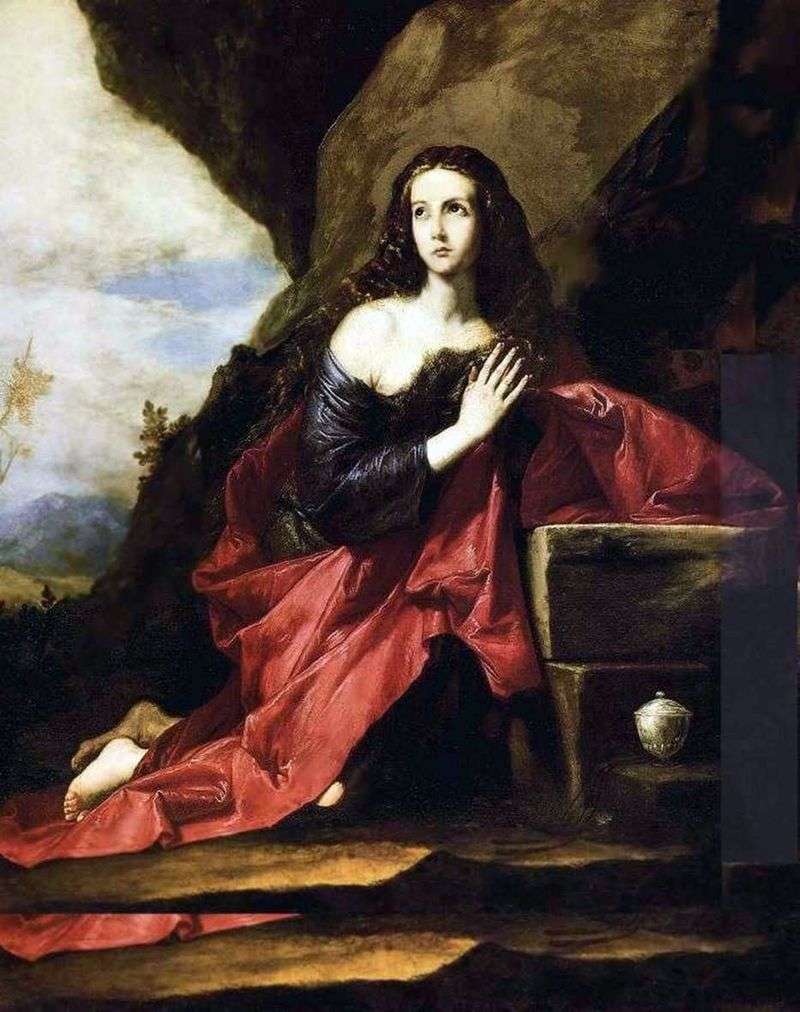 In the 40s and 50s, Ribera’s creative language changes, his paintings become brighter and more joyful. The artist is now more likely to be admired by street boys, and the Saints are depicted in the images of beautiful young girls. Baroque motifs penetrate his work.

It was at this time Ribera wrote one of his most romantic images – “Repenting Mary Magdalene.” The saint is depicted in a dark cave with a gaze turned to God. Against a dark background of the cave, a girl’s face full of charms, her bare shoulders, prayer-folded hands and feet look full of bright spots.

The veil envelops the Holy, forming bizarre folds, in which all shades of red vary. Magdalen’s bluish dark robe, cold in color, contrasts with the red veil, enhancing the overall emotionality of the canvas.

As a counterweight to a dark cave, – the breadth of a light white-blue sky beyond. The painting comes from the royal collection. Perhaps it was purchased from the descendants of the famous Spanish collector Jeronimo della Torre, in whose collection there were many works of Ribera. It is believed that the model of the artist served as his daughter.