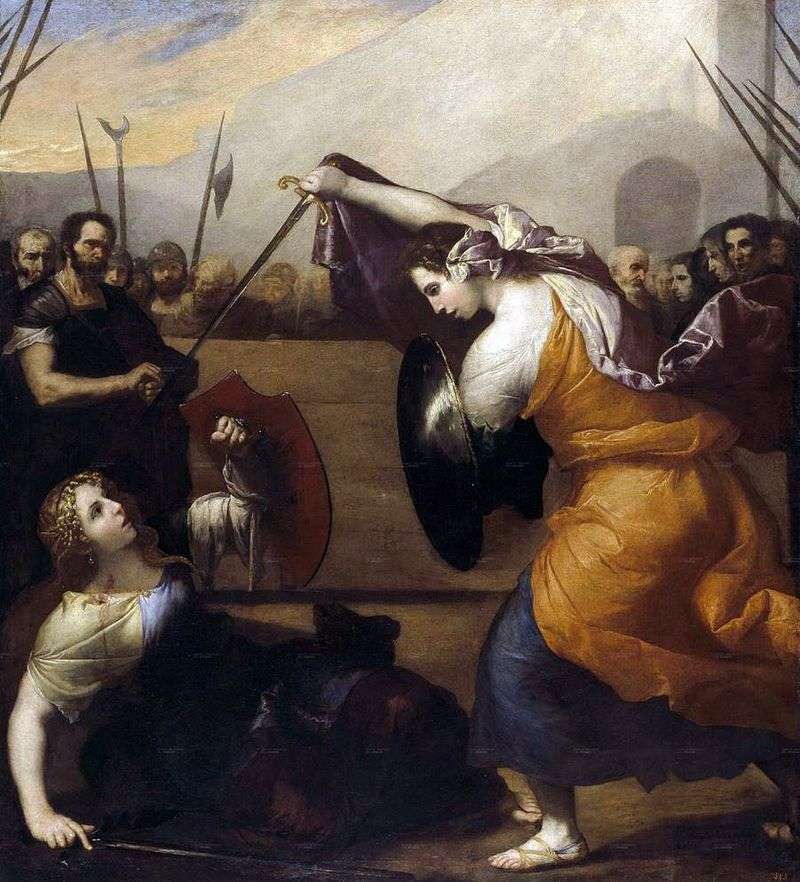 Husepe de Ribera is known for his works on religious themes. But this picture is on a historical theme. Perhaps the artist was attracted by a true, unusual and funny story.

Using it, he decided to make fun of the duel, a common occurrence in Naples, in his time In 1552, two women – Isabella de Karazzi and Diambra de Pottinello – fought in a duel because of a man. The fight took place in the presence of the Spanish governor Marquis Vasto and many viewers.