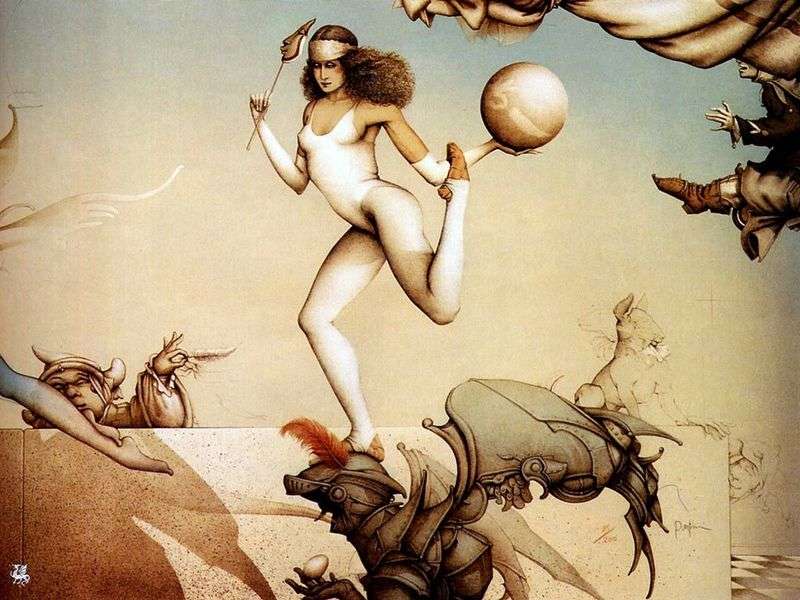 Written in 1988, a picture of an American artist, the founder of the direction of magical realism, Michael Parkes called “The Last Tour”.

The season is over, the circus will soon leave along with the fairy in a white leotard, a knight in iron plate and a little angry troll, who from behind the bar scares everyone with a scorpion. The magical world of childhood and fairy tales is growing.