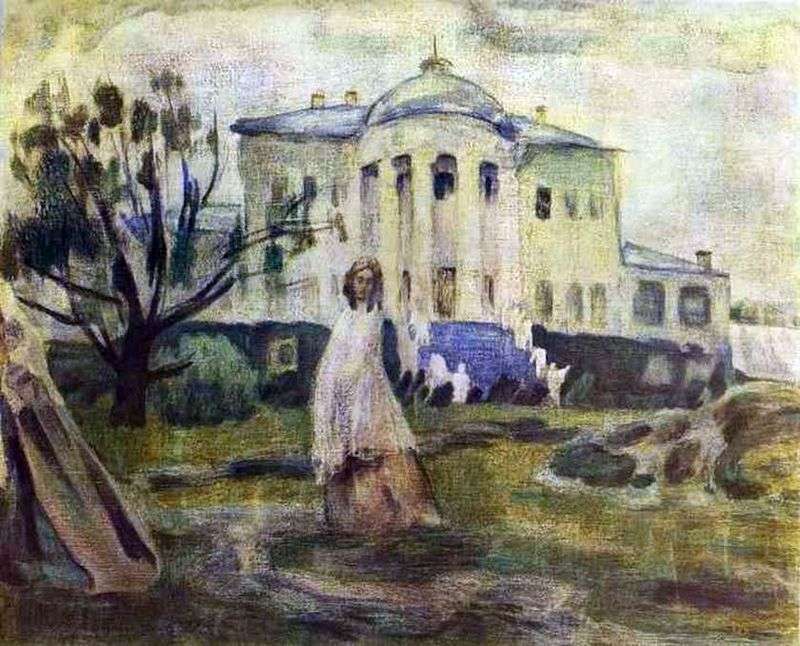 The paintings, written by Viktor Borisov-Musatov in 1902-1903, refer to the so-called Saratov cycle of the painter. These include the works “Pond”, “Drama at the Tapestry”. The canvas “Ghosts” is the final in this cycle, the most emotional and expressive.

The painting depicts a manor in which the creative life once boiled, Krylov, Derzhavin stayed here, and now it comes to desolation. A semi-transparent female figure with a sad face embodies farewell to the old, the arrival of a new one, a change in the way of noble life. Much has changed in Russia’s customary life at the turn of the 19th and 20th centuries, this is what Borisov-Musatov tried to show in his works. A large number of paintings on this subject gave the artist the title of “singer of noble nests,” his paintings were called the lyrical diary of a dying former Russia.

The manner of writing the picture of Viktor Borisov-Musatov “Ghosts” is close to symbolism because of the representation of the world as something shaky, ephemeral. The artist achieved this effect by applying a special combination of colors: not only the silhouettes of ghosts but also the manor are blurred and merged. Because of this, it seems that under the image is hidden another reality, but it is just as shaky and weightless.