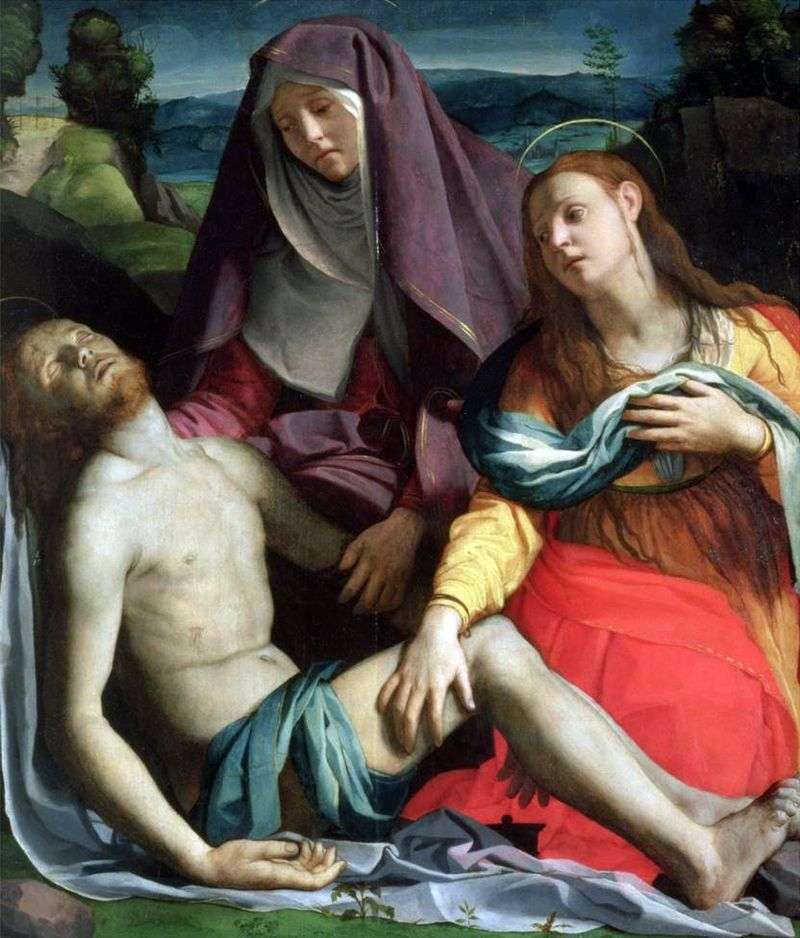 In his early work, Bronzino interprets the theme of Christ’s death not as boldly as he did afterwards. The faces of Marci Magdalene and the Mother of God are not “graceful-sad”, as, for example, in “Removing from the Cross,” but full of true sorrow.

Between the ribs of Jesus there is a wound from the spear of a Roman soldier, depicted very realistically. Yes, and the very position in which Bronzino wrote the body of the Savior is the posture of a person who died after terrible tortures. Such an image of the dead Christ was more in keeping with the pictorial tradition that developed by the beginning of the 16th century.