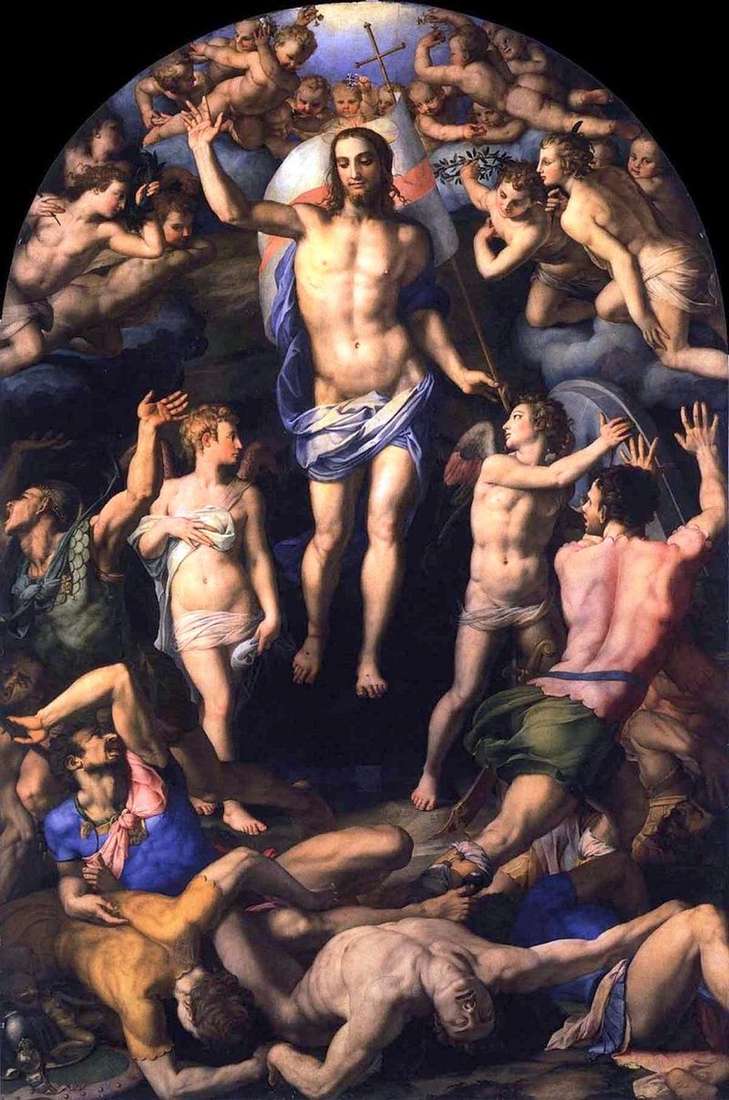 This painting was the first large altarpiece written by Bronzino. The image was ordered by the artist to the family of Guadagna for their family chapel in the church of Santissima Annunziata. He remains in the same place in our days. The master started the work on the “Resurrection of Christ” shortly after his return from Rome. This image shows the shock that Bronzino experienced when he saw the fresco of Mekelangelo “The Last Judgment.”

The influence of Michelangelo can be traced here in the general atmosphere, and in the abundance of naked bodies. Even the gesture in which Christ

raises his hand is borrowed by the artist from Michelangelo. In the second edition of his “Biographies of Famous Artists” George Vasari called the painting “Risen Christ” “incomparable in beauty,” but already in 1584 another Florentine critic, Rafaello Borgini, commented on this work Bronzino with obvious disdain, which was associated with a general reassessment Mannerism.

If Bronzino did not see anything shameful in following the manner of Michelangelo, then the painters of later generations considered this a sign of a lack of individuality. A lot of time passed before the manner of Bronzin was rehabilitated, and to him the past glory was returned.