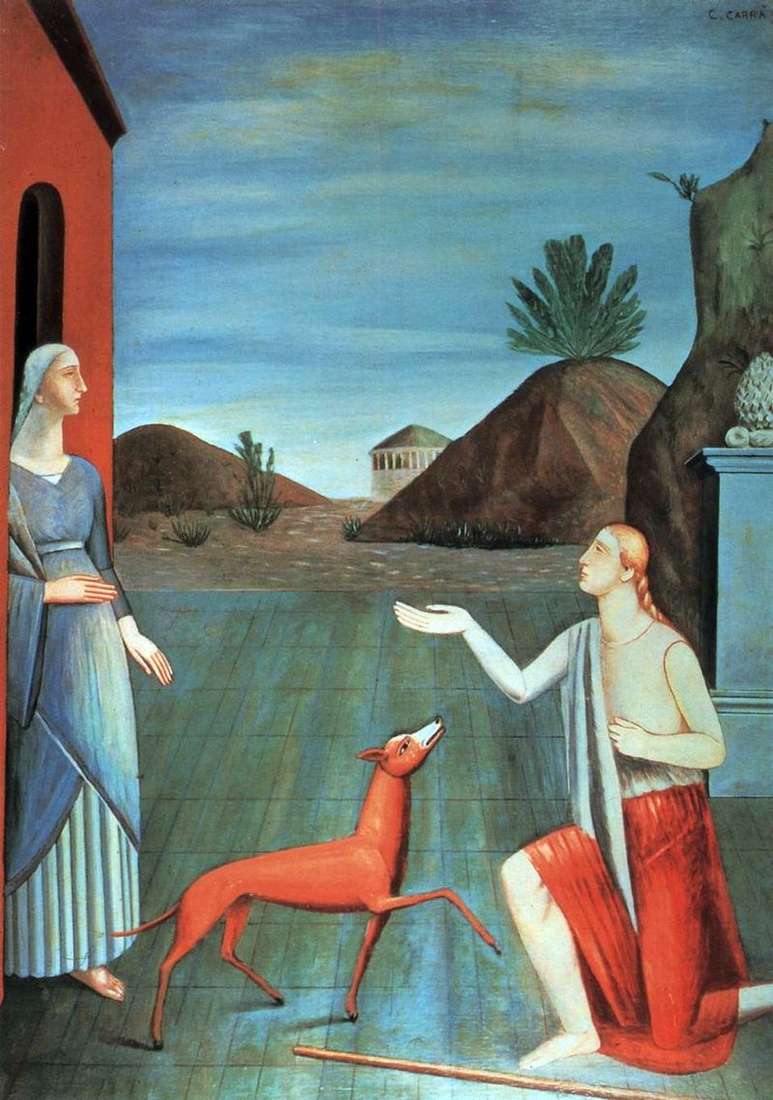 His creative path Carlo Carr began with decorative wall paintings. He participated in the design of the Italian pavilion at the World Exhibition in Paris. In 1900, while in London, Carra was carried away by the communist and anarchist ideas of K. Marx, MA Bakunin, M. Stirner.

Returning to Italy, he studied at the School of Applied Arts in Milan, and then at the Academy of Brera. In 1910, Carra became one of the founders of the Futurist association, a little later in Paris, he met with Cubism, which influenced his work.

In his futuristic works, the artist turned to a collage, used the text. In 1915,

Carra departed from futurism, he was carried away by the “primitive” A. Rousseau. In search of a harmonious balanced form, he turned to the study of the Italian quattrocento, soon became a member of the association of “metaphysical painting.” In the 1920s Carra, having developed his own version of the stylistics of “metaphysics”, joined the direction of “novochento”. The painting “The Daughter of Lot” was performed at a time when the artist, passing the hobby of “primitive” and quattrocento, proceeded to create balanced harmonious compositions.