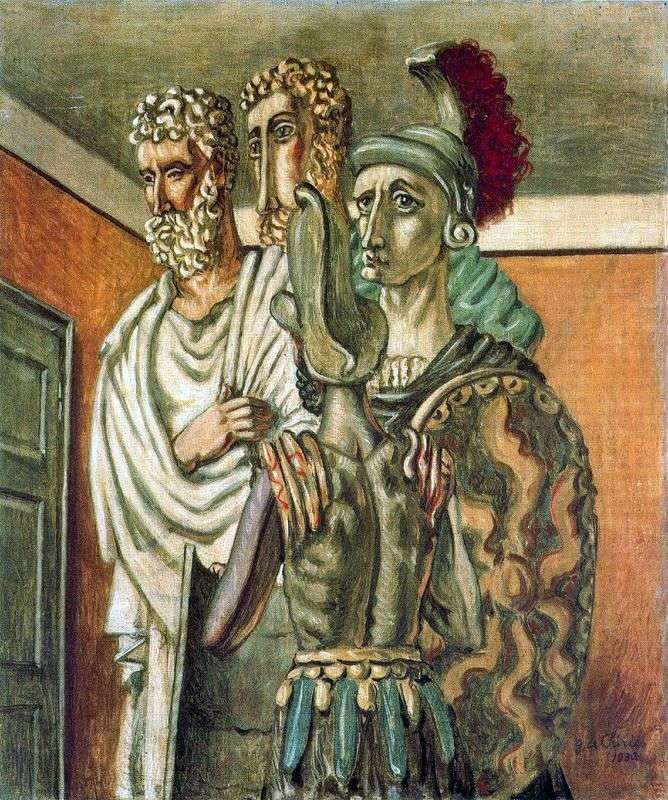 The interest experienced by de Chirico both in the culture of Italy and in the culture of Greece was determined by the very fact of his birth. The signs of the ancient world are full of his work – here and there de Chirico appears pagan gods, ancient temples, mythological characters, ancient statues, gladiators, etc.

The painting “Hector and Andromache”, 1917, returns the viewer to the events of the Trojan War. Hector, a Trojan hero, bids farewell to his wife. Soon he will fall by the hand of Achilles, and his wife after the fall of Troy will become a Greek slave. Instead of human figures,

the picture shows mannequins surrounded by mysterious objects, which in a strange way does not prevent us from feeling hopeless tenderness of farewell.

The space of the picture “Classic figures in the room” is closely filled with elongated figures, incongruously fused with each other. Here again we meet with the constant reception of de Chirico – a distortion of scale.