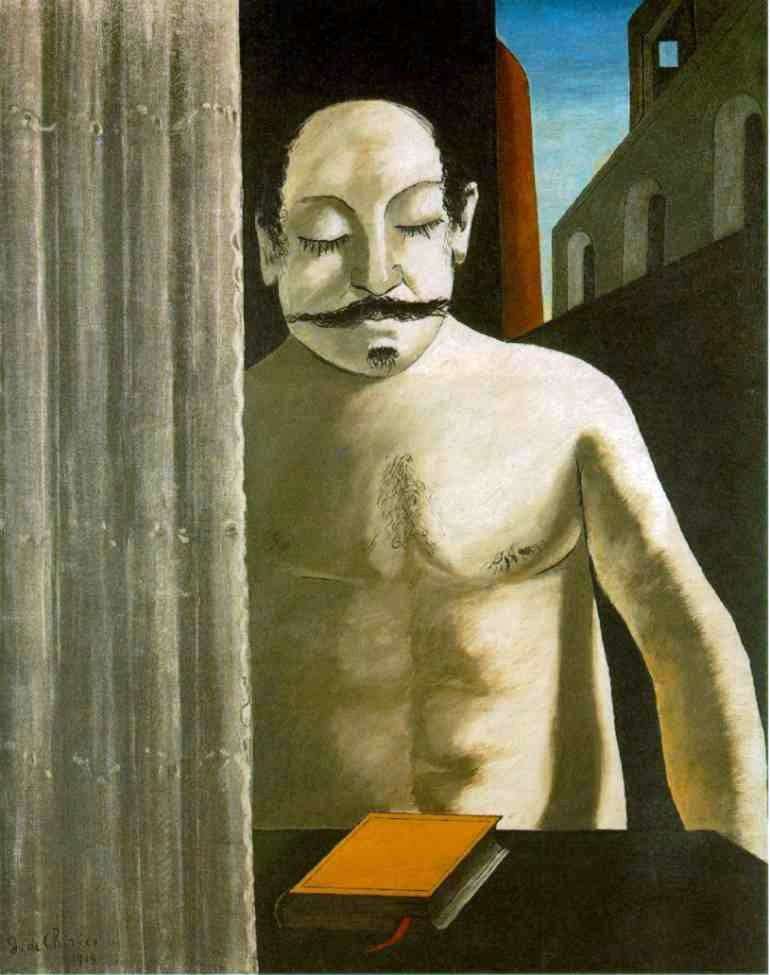 This unusual painting de Chirico echoes with his other “metaphysical” canvases. Her character has almost no eyebrows, forcing to recall the bust of “Portrait of Guillaume Apollinaire.” Closed eyes of a man suggest a blindness.

But, unlike the “Portrait” mentioned, the whole scene here makes a depressing impression. Most often this work is interpreted in psychoanalytic terms, interpreting it as an expression of the child’s fear of the artist before his father. The manifestation of the Oedipus complex is found in the book, which is correlated with the mother of de Chirico. Sticking between the pages of the bookmark, with this approach, becomes a sexual symbol.

However, another interpretation of the picture is possible. The nakedness of a man indicates his vulnerability, and closed eyes indicate that this imposing person will never be able to comprehend the meaning of the book in front of him. In his characteristic manner, the artist complements the composition of a number of mysterious objects. In this case, they include the column on the left, the book in yellow binding and a strange structure visible in the window opening.