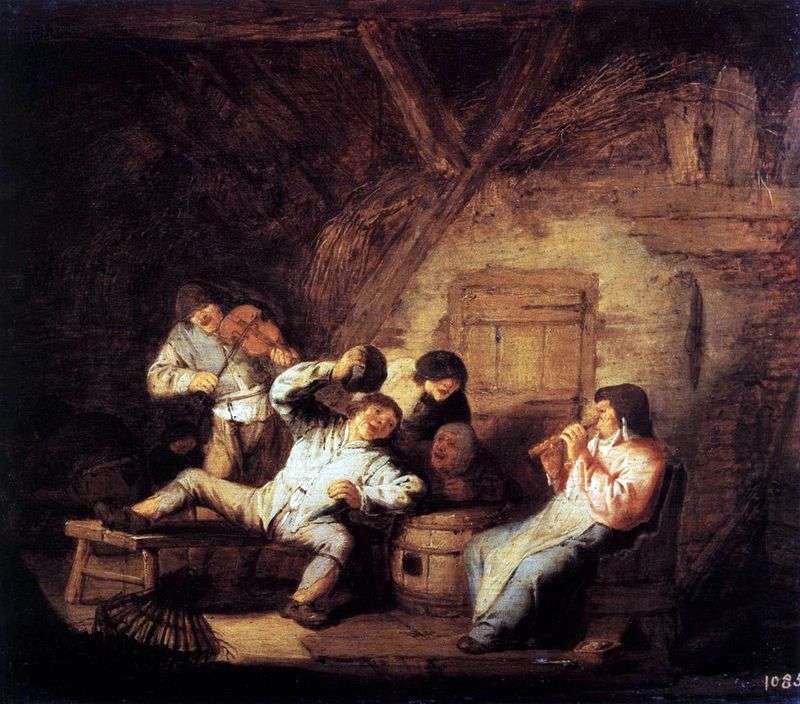 Adrian van Ostade is one of the most famous representatives of the family of Dutch artists, a master of the peasant household genre, a draftsman and etcher, a student of Frans Hals. The picture is influenced by Adrian Brauver – the author of brutal commonplace scenes.

Despite the multi-syllable Rembrandt tonal color, sustained in a golden-ocher gamma, and a spectacular transfer of black and white transitions, the work fully embodies the grotesque, comic-parody character of the “peasant scenes” Ostade and is among his early compositions.

At the same time, in the images of peasants playing music with their underlined expression of gestures and expressive mimicry, the artist reveals the universal principle, activity and spontaneity, fullness of vitality, the ability to extract simple, simple joys from life.