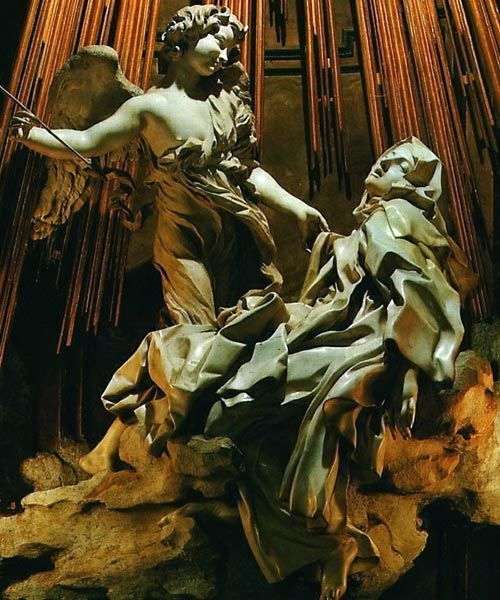 This is the only sculptural group that is located in the small church of Santa Maria della Vittoria – the altar of St. Teresa – she most fully reveals the art of Bernini.

He made both figures out of pure white marble and placed them in a deep niche framed with colored marble, as if a curtain apart, behind which the mystery of the dream is played out. From above, he lowered the stream of gold sharp rays to Teresa and strengthened them with natural light falling through the yellow glass of the window.

Very talented, he conveyed the inertia and sprawl of the sleeping body, the heavily hung left hand and the convulsively compressed right, half-open mouth, sighs and the wailing of a torturously sweet dream. The sculptor’s inner confusion was conveyed by the sculptor in the anxious, turbulent movement of the folds of her cloak, which are mixed with the swirling clouds. Only such a brave master as Bernini could venture to sculpt clouds of marble – stone steam! And he succeeded.