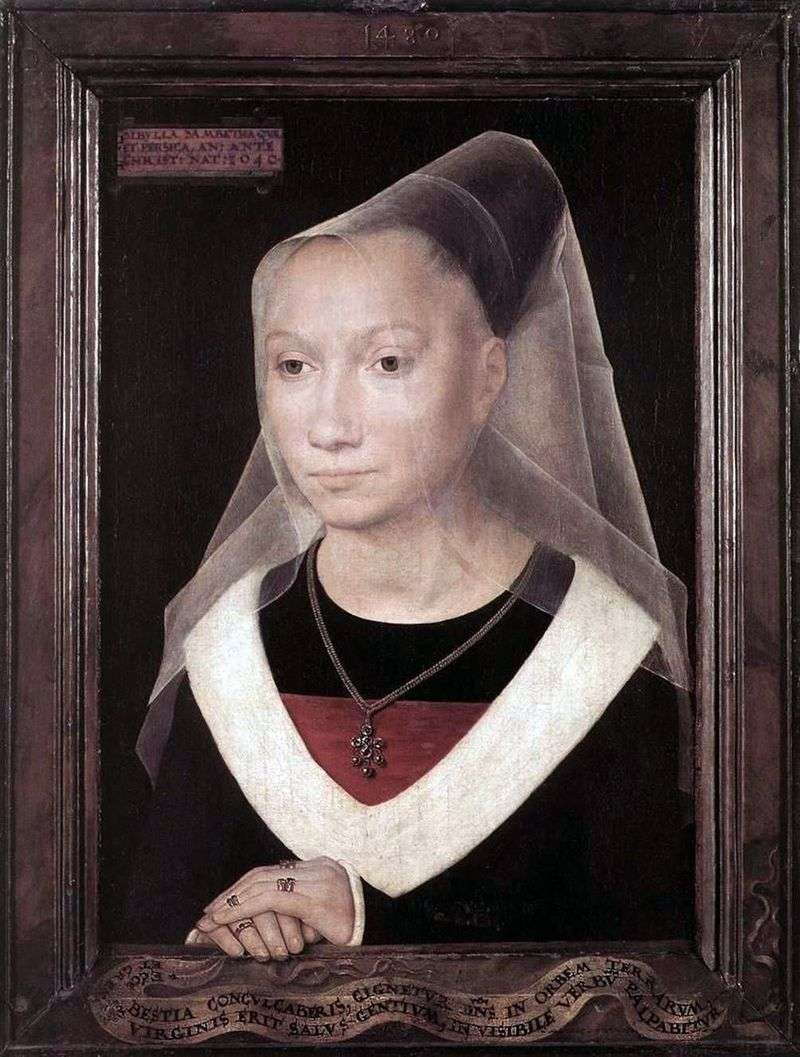 This portrait, which depicts Maria Morel, the daughter of the mayor of Bruges, Guillaume Morel, is one of the highest masterpieces of the Renaissance Nidnrland portrait. In it you can find expressive asceticism peculiar to the portraits of Rogier van der Weyden, and the strict, piercing sadness of Hugo van der Goes, and the precise psychological nature of Jan van Eyck.

Recognizing these best features of the art of his predecessors and contemporaries, Memling creatively transformed them and merged together in a magnificent portrait, often called “Sibyl Sambet”. This name “stuck” to the portrait thanks to the artist himself, who placed an inscription in Latin in the upper left part of the picture: “Sibyl Sambet, also called Persian, who lived in 2040 BC.”

Sibyl Sambeta was revered as one of the greatest pagan sibyls,. It is not known whether the master himself decided to write Maria Morel “in the role” of a sibyl, or whether it was the desire of the customer, Guillaume Morel. Fashioned with precision in love, this face, not distinguished by beauty, but endowed with a special attraction, is one of the most expressive faces in all Dutch portraiture.

The inscription under the portrait contains a prophecy about Christ, said, according to legend, by Sibylla Sambeta: “You will trample the beast, the lord will be born to the universe, the breast of the maiden will be the salvation of the world; She looks like a nun: a pale face, strictly back hair, a modest cap, a transparent cape and dark clothes decorated with a dark red insert and a white collar. She poses with devout reverie, hands clenched