Home ⇒ 🎨Jericho Theodore ⇒ Officer of the horse rangers of the Imperial Guard, going on the attack by Theodore Gericault 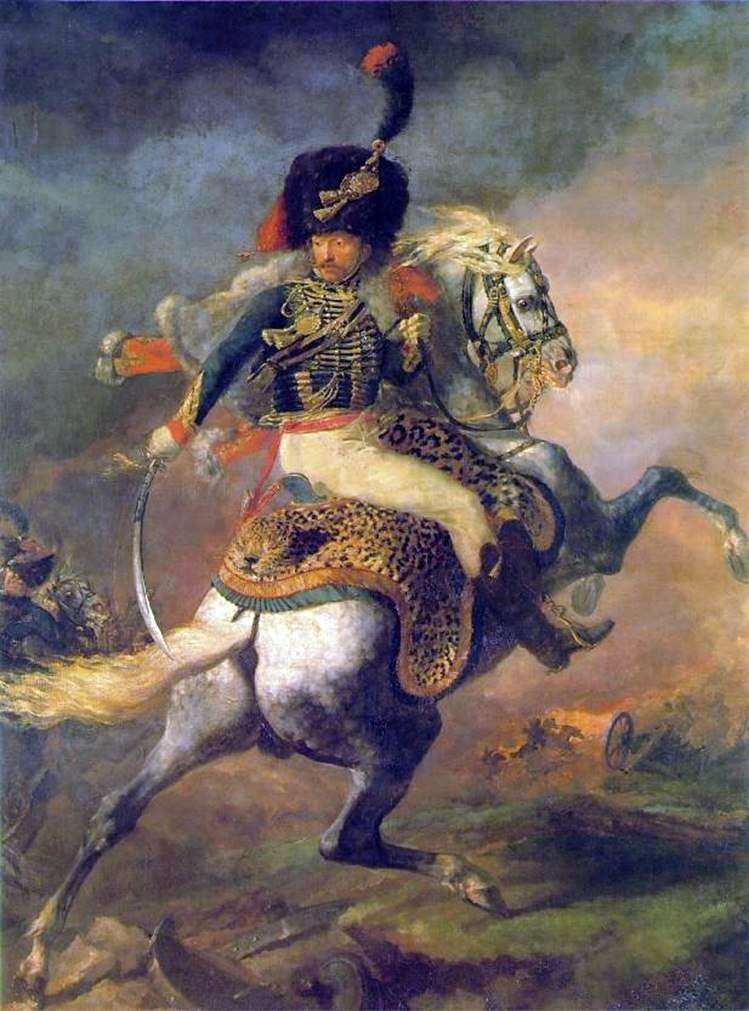 In the picture “Officer of the mounted horsemen of the Imperial Guards, going on the attack” the officer of the Napoleon guard on horseback on a horse is presented. He turns in the saddle to his soldiers to give them the signal of the beginning of the attack. Orange blinking on the right side of the canvas indicates the field of the upcoming battle…

Gericault exhibits this painting at the Salon of 1812. Critics and the public with enthusiasm perceive the emergence of a 21-year-old unknown artist, endowed with an unconditional talent and promising great hopes. Gericault refuses to be static and inexpressive in color and does not try to embellish reality, nor, even more so, to idealize it.

The artist has already made his creative choice. From Gro, he adopts spontaneity and dynamism, from Rubens – color and scope. But that’s not all: Jericho allows himself to ignore the then-necessary for painting division of genres. The picture is difficult to attribute to any particular genre of painting. It is too impressive to be considered a classic equestrian portrait.

However, the motive itself does not fit into the framework of monumental historical painting, although it is to this genre that the author refers his work. Gericault rejects the principle of panorama, traditional for the image of the battlefield, and represents only a fragment of the battle scene. One officer is enough to show the whole army and uncover the topic of the war.