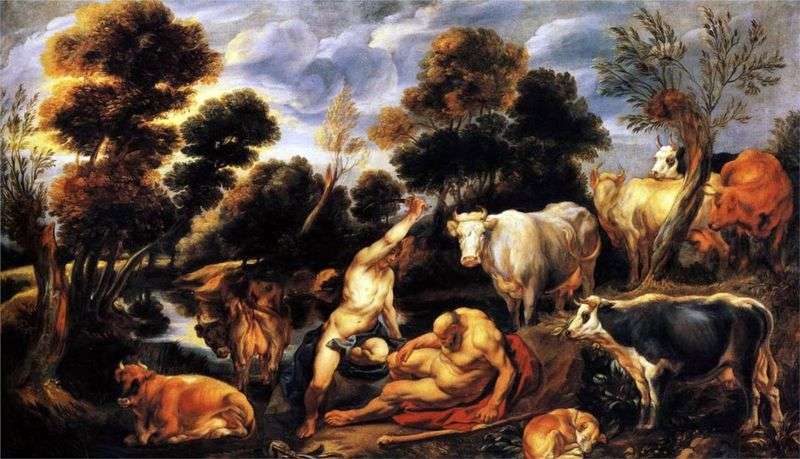 Argus is a giant, the son of Gaia-Earth. The body of Argus was dotted with countless eyes, while only two eyes were sleeping at the same time. Hera put vigilant Argus guard and shepherd to Io, the beloved of Zeus, turned into a cow.

By the order of Zeus, who did not endure the misery of Io, Argus was killed by Mercury, who first put him to sleep on the pipe and told him about Pan’s love for the niece of Siring. Hera moved her eyes to the peacock’s plumage.