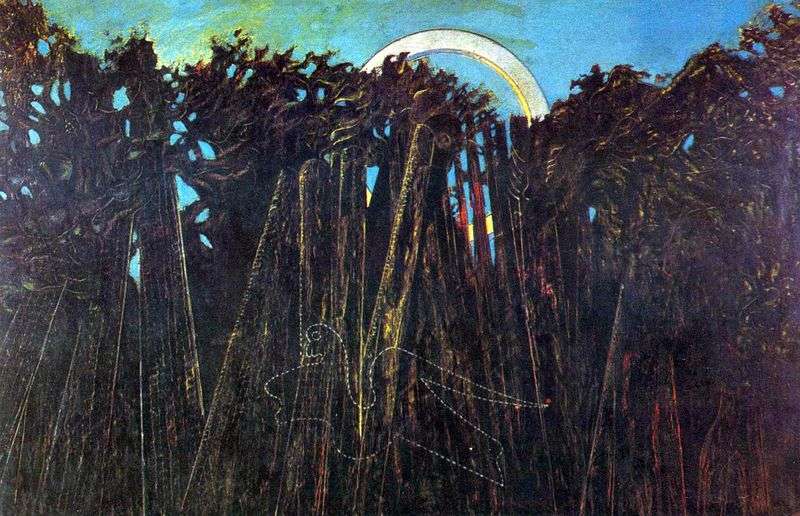 Working in the avant-garde technique of “spontaneous” writing, based on the reflex work of the brush, Ernst invented his own method of working with oil paints – “graft”. The artist spread the canvas on top of various objects, and then applied the paint with a palette knife.

As a result, abstract canvases of a large format were obtained. The dramatic images that filled Ertst’s graphs filled him with an alarming impression. The grim color and heavy forms of the picture “Screaming woman crossing the river”, 1927 convey a sense of fear, which is emphasized by the upturned hands of the “woman” and her mouth opened in a cry.

Very dynamic looks easily recognizable figure of a running woman. Later Ertst’s draft, “Embalmed Forest,” with its still, lifeless trees, on the contrary, looks static, frozen. This “petrified landscape” is another image of the world that survived the universal catastrophe, the premonition of which constantly troubled the artist. He created a lot of similar graphs in heavy 1930s for Europe.