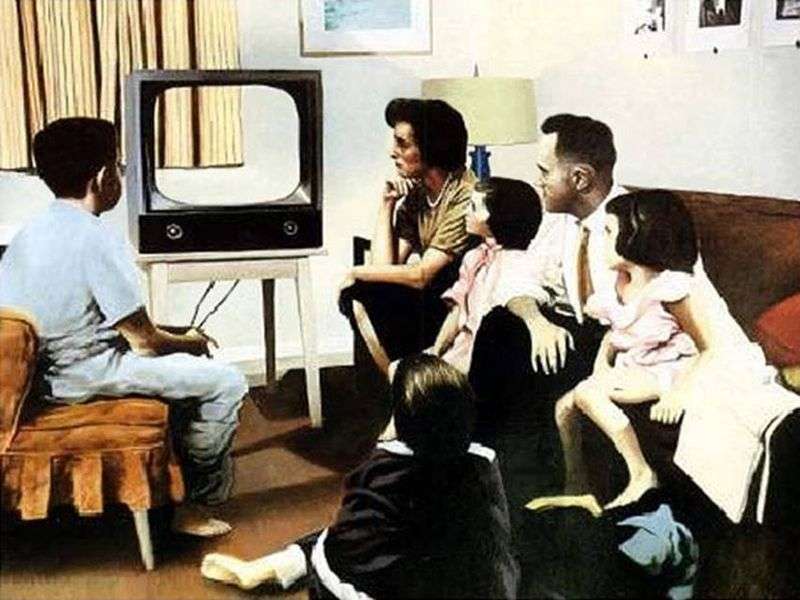 In the picture of the American artist Guy Johnson “Devil’s Television” a whole family – adults and children watch television, on the screen of which there is absolute emptiness. But they are still sitting and watching.

Real life passes by, unnoticeably counting the hours, days, years, taking away youth and health. And they stared at the devil’s box, which every day zombies the weak, weak-willed brains of millions of lovers of the bogeyman.

Then they will go and buy that shit, which advertises the diabolical television and will choose the president of the coolest guy, whom they were advised by respectable gentlemen from the screen of such a favorite TV.