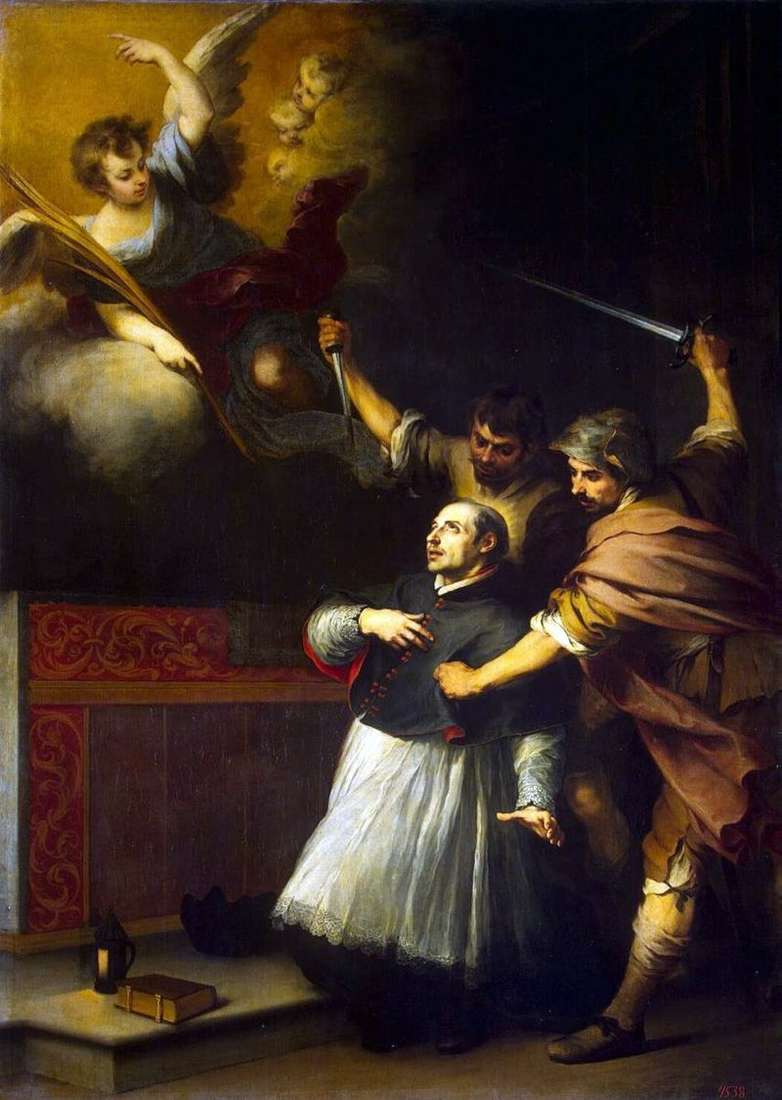 Under King Ferdinand of Aragon, the influence of the Inquisition increased. In April 1484 in Tarasona of the Cortes of the Aragon Kingdom, on the secret council, consisting of persons called upon by the king, the post of chief inquisitor of the kingdom of Castile was given to Thomas Torquemade. Thomas Torquemada appointed brother Gaspar Huglar, a Dominican monk, and Dr. Pedro Arbues d’Epil, the canon of the metropolitan church, as inquisitors of the Saragossa diocese.

The royal decree ordered the provincial authorities to assist them. The new inquisitors during the months of May and June carried out

several public and solemn auto-da-fe and handed over to the secular court the unfortunate defendants, who were burned. These executions more and more annoyed the new Christians of the Aragonian kingdom, who soon expected to see the resumption of scenes among them that took place in Castile, where the tribunal, established just three years ago, killed thousands of victims under the control of fanatical monks and priests.

The Aragonese saw that all their efforts to prevent the establishment of the Inquisition among them were in vain, and decided to sacrifice one or two inquisitors to intimidate others. They were convinced that after this event there would be no more doubts about the popular mood, that no one would dare to become an inquisitor, and the king himself would give up his original intention out of fear of rebellious movements that could break out in Castile and Aragon. “When the plot was approved by the conspirators, they began to look for murderers to get rid of Dr. Pedro Arbues d’Epyla, chief inquisitor of Zaragoza.

To protect himself from the blows of the murderers, the inquisitor wore chain mail under his clothes and something like an iron helmet, covered with a round cap. At the time of the murder in the metropolitan church, he was kneeling at one of the church columns, where he now has a lectern for the apostle; next to him was his lantern, and a thick stick was leaning against the column. September 15, 1485 after eleven o’clock in the evening, while the canon in the altar of the church read morning prayers, Juan d’Esperaindeo, armed with a sword, approached him, struck him with a strong blow with a blade on his left hand. Vidal d’Uranzo, warned by Juan d’Abadia that he had to be struck in the neck, struck him from behind with a blow that broke the head armor and made such a deep wound on the head that the inquisitor died from it two days later, that is, on September 17.

Political calculation inspired him, like Isabella, the idea to honor the memory of Arbues with some kind of solemnity, which greatly contributed to presenting him as a saint and surrounding him with a special cult in the churches. This happened much later, when Pope Alexander VII August 17, 1664, numbered Arbues to the blessed, as a martyr for the faith. And in due time a magnificent tomb was erected to him, and his body was laid in it on December 8, 1487. “