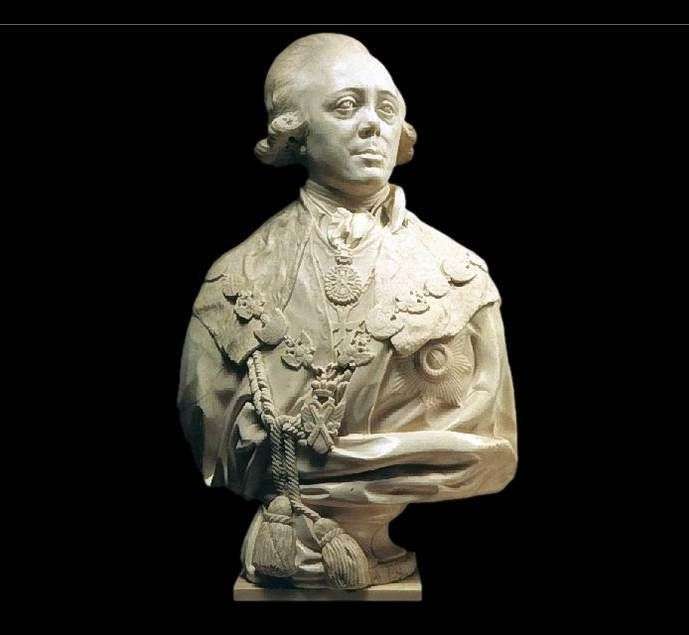 Bust of Paul I – one of the most extraordinary phenomena in the Russian art of the XVIII century. The image of the emperor is multifaceted and contradictory. Shubin with unprecedented boldness destroys all the canons of the idealizing ceremonial portrait.

In his creation, sentimental dreaminess gets on with a harsh, almost cruel expression of face, and ugly, even caricature features do not deprive the image of majesty. He remembers Paul’s high, clean forehead and his wide, sorrowful and dreamy eyes. Everything is built on the finest modeling of forms. It is interesting that the portrait, so ruthlessly truthful, received official recognition.

He did not contain grotesque exaggerations and was distinguished by the magnificence of entourage, quite in the taste of the emperor. Paul I – the son of Grand Duke Peter Fedorovich and Grand Duchess Catherine Alekseevna. Since 1796 – the Russian emperor. Killed as a result of the noble conspiracy in St. Michael’s Castle in St. Petersburg on March 11, 1801.