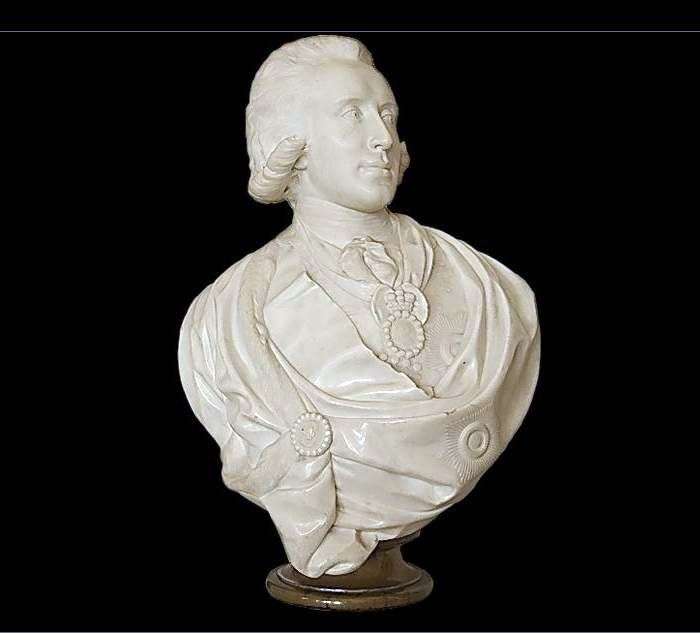 Each portrait of Shubin is perceived as a precious monument of the era. Without bias, looking at nature, the artist saw and expressed in it all the living. In the gorgeous and beautiful bust of Zubov his soul insignificance is clearly reflected. A beautiful but inexpressive and cold face is lost in rich and elegant draperies. The bust is made in a wide decorative manner.

Platon Alexandrovich Zubov – since 1793, Count, since 1796 – the most brilliant prince. A general from an infantry. The last favorite of Empress Catherine II, at the end of her reign, actually concentrated in her hands all power. After her death he left for Germany, but at the end of 1800 he returned to Russia. He was appointed director, then chief of the First Cadet Corps.

One of the main organizers of the anti-Pavlovian conspiracy March 11, 1801. Together with LL Benigsen, he led a group of conspirators who had penetrated into the bedroom of Pavel I in the Mikhailovsky Castle at night.