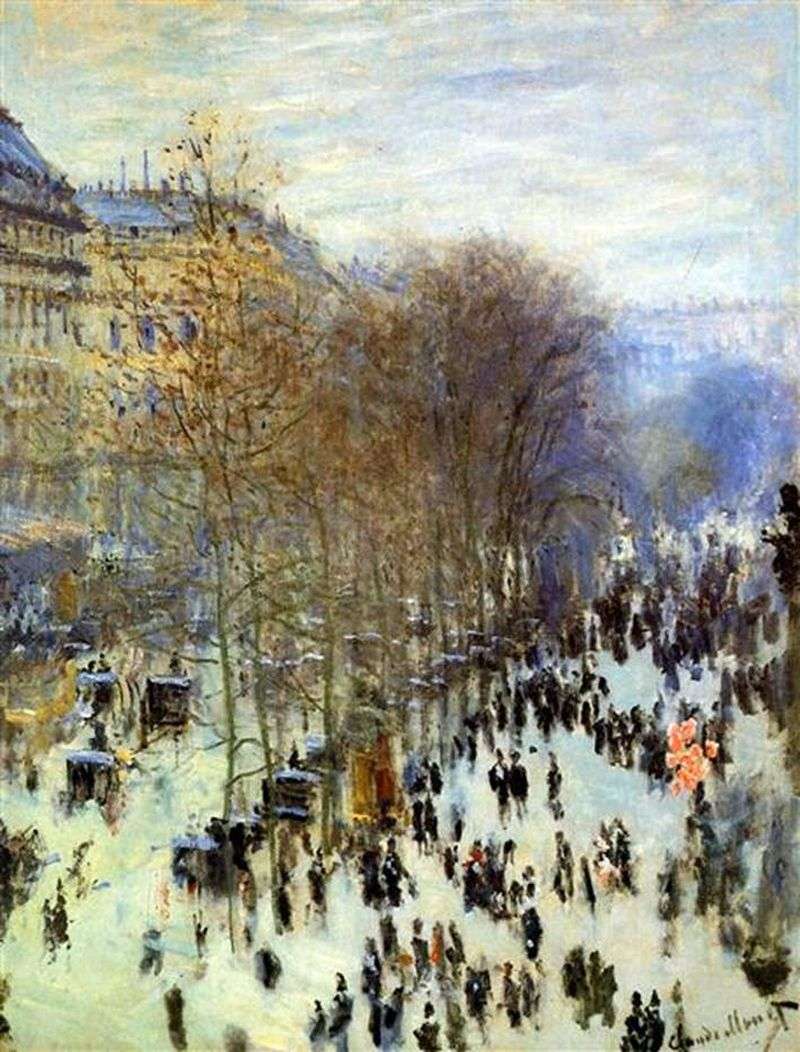 In general, this is a new style, a new time, now long since known to us – impressionism. The easiest way to explain this style like this: I see that and portray. Pissarro, Monet, Manet. It’s not all the names of many French artists of the late 19th century – early 20th century, a little but tried themselves in this style.

Again, not all in it stopped. Here Monet just this style of painting and paused. This painting depicts the Boulevard des Capucines in the morning or afternoon. And it is clear that the boulevard is living his stormy life.

People roam the wide sidewalk here and there, who are on business, and who is just idle reeling. And on the roadway moving carriage or only recently appeared the first cars. Just do not understand, and what time of year it is written sheet.

Rather, it is early spring, when the snow has not come down. There is another painting, where the same part of the boulevard is a night where everything sparkles with lights and people there, by the way, no less. But here on this canvas one day the French capital, and that part of the boulevard, with shops, theaters, cafes and restaurants. Capital seething, boiling its unique life.

But not only this artist portrayed Boulevard. There are more paintings, where the master repeatedly portrayed the same room at different times of day and year. And each time the room was visually different.

Different colors, different lighting gave the building a fantastic view. One gets the feeling that even it is painted in the colors, in fact, gray building. And what does it stain? Nature, sun, fog and sometimes gives quite a distorted image.

This beauty is fascinating, whether Boulevard des Capucines or something else.