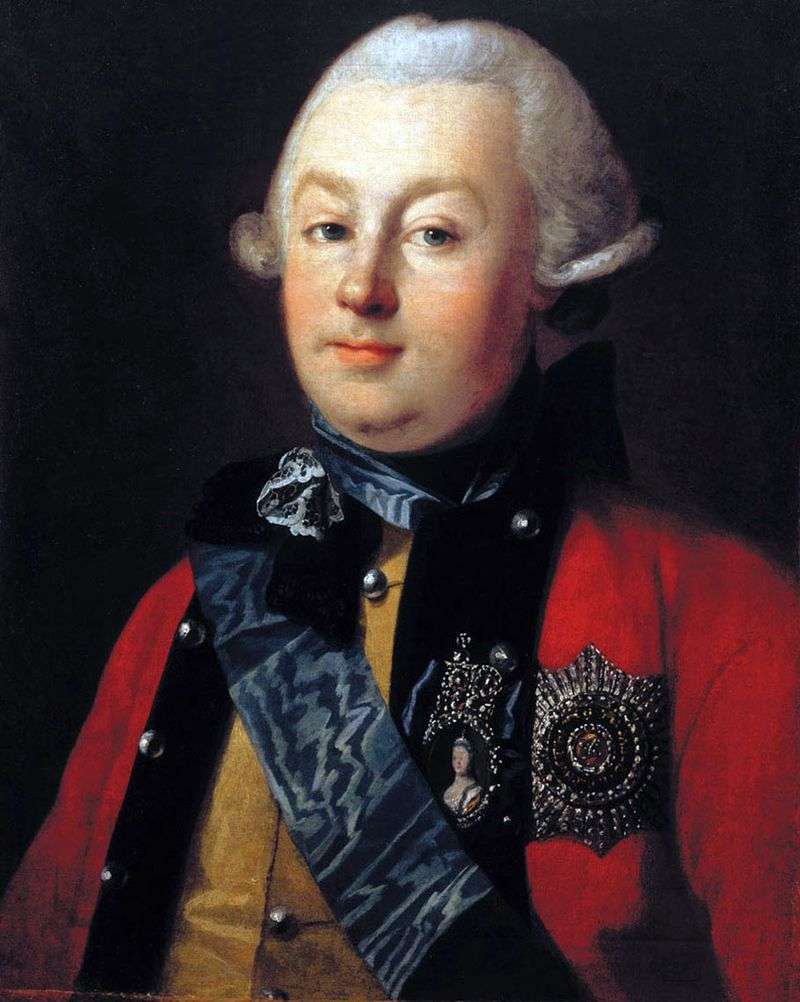 Orlovs – the Count’s family, elevated under Catherine II, represented by the five Orlov brothers. Their father, nobleman Grigory Ivanovich, was at the end of his life the governor of Novgorod. The culprit of the rise of the family is Grigory Grigoryevich Orlov, the favorite of Catherine II, the general-anshef, the general-feldsekhmeister of artillery, the prince of the Roman Empire. Education received in the cadet corps. Distinguished during the Seven Years’ War; was wounded at Zorndorf. His closeness to Catherine put the Orlovs at the head of the coup June 28, 1762. All of them were then erected in the Count’s dignity, and Grigory Grigorievich was promoted to major general and real chamberlain.

Becoming one of the first dignitaries of the state, Orlov tried to replenish his education and was especially interested in the natural sciences; patronized Lomonosov and Fonvizin, was in correspondence with J.-J. Rousseau. Not differing in a large mind, but kind and gentle, he supported Catherine in the good endeavors of the first years of her reign. He was one of the founders of the Free Economic Society and the first elected chairman. He was occupied with the question of improving the life of the peasants.

During the first Turkish war, he put forward a plan for the liberation of Greece and insisted on sending the fleet to the Mediterranean. In 1772, Mr.. traveled plenipotentiary ambassador to Focsani for a peace congress, but, withdrawn from patience by the pretentiousness and duplicity of the Turks, interrupted the negotiations, which caused the Empress’s displeasure. At this time the position of the favorite under Catherine was already occupied by Vasilchikov, and Orlov had to temporarily leave Petersburg. With the rise of Potemkin, Orlov finally loses significance at court. Shortly before his death Orlov fell into a mental disorder, apparently, under the impression of the death of the Wife. He died in 1783, he did not leave his offspring.