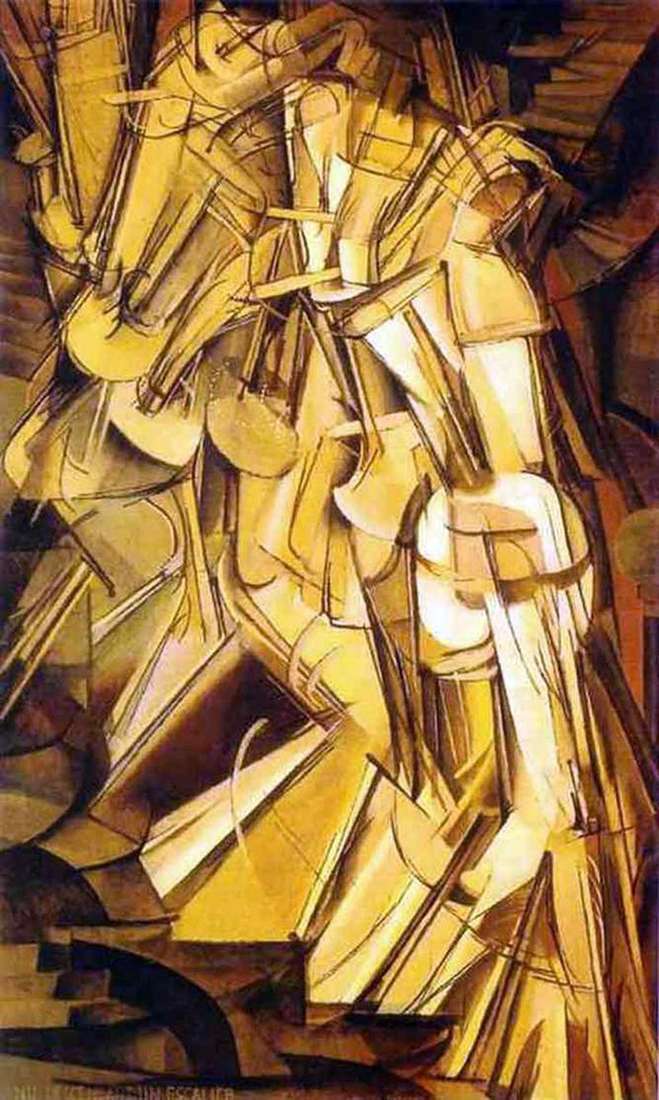 Marcel Duchamp – a key figure in the development of art in the 20th century. In areas such as pop art, conceptualism, it has had an enormous vlyanie certainly Marcel Duchamp.

The author of the legendary “Fountain”, work to raise the question “what can be art”, started its activities with the very understandable paintings, such as “Nude descending a staircase”. Of course, in the early period of creativity Marcel Duchamp was inspired by the paintings of Paul Cezanne, Henri Matisse and the Cubists.

“Naked,” written in 1912, is one of the most controversial works of Duchamp, at first sight one can hardly distinguish the outlines of a person in these chaotic intertwining lines and planes. Despite the tradition of Cubism, Duchamp breaks down all the laws and is absolutely innovative methods to achieve their goals.

In the first place the artist sought to convey the effect of motion of the figure coming down the stairs. That is to capture a sense of movement in a static object. Here we see the influence of the cinema, which poses new challenges for the artist as on the canvas to fix this or that kinetic state. Duchamp finds a solution to this problem in the pool on the same plane allegedly frame of the movie, if it was filmed movement.

Frame by frame we see in slow mode, the main character comes down the stairs. Overlay planes to divide the figure adds to the illusory nature of the scene, the more that one-time perception of these frames has the effect of presence in the picture of the set of characters.

“Nude descending a staircase” of Marcel Duchamp unusual experiment, an attempt to portray the impossible.