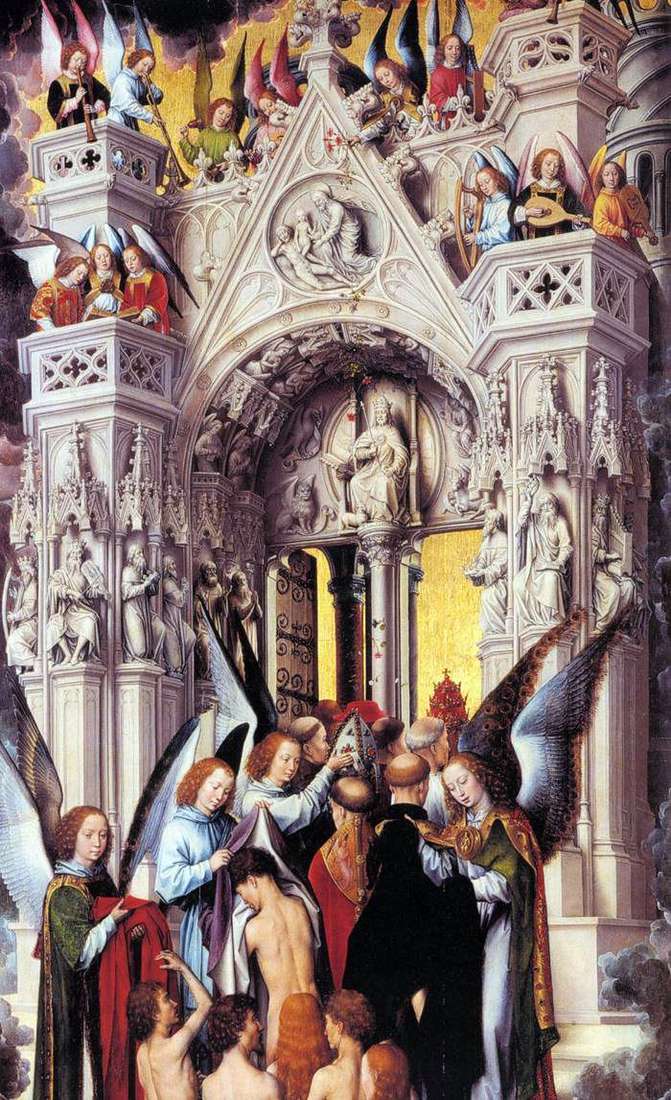 On the left, St. Peter leads a small group of righteous souls up the crystal steps. Before entering Paradise, angels give them robes that correspond to their position. The first are the pope, cardinals and bishops.

The symbolism of the new era repeated in the function of antithesis, grafted onto the soil of the Old Testament, is present in the image of the firmament: it has the form of a Gothic portal behind the two Romanesque towers. In general, the architectural structure represents the New Jerusalem, descending on the clouds from heaven.

It is not by chance that the gate form here is similar to the portal in the work of the same name by Stefan Lochner. The stream of figures of the righteous, not found anywhere else in Dutch painting, also inspired Memling.