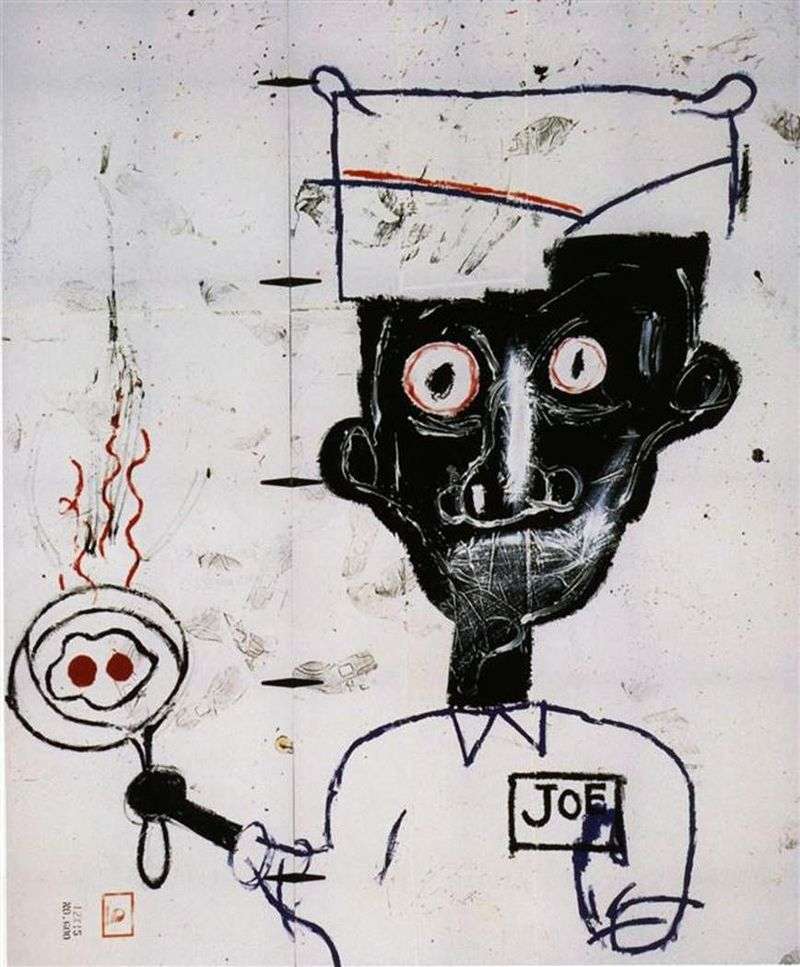 In the painting “Eyes and Eggs”, in the typical style of the Expressionist Basquiat, a black man is depicted, as if exhausted. Many human figures in Basquiat’s works seem to have been affected by some kind of infernal mechanism: bodies are deformed, skin is shining and through it teeth and bones are visible, genitals are often separated. On the clothes of a man his name is written – Joe.

In the hands of the character of the picture holds a frying pan on which eggs of two eggs are cooked. The bright red yolks of these eggs are correlated with empty glittering eye sockets. From the name of the canvas, the viewer realizes that the hero prepares eggs from his own eyes.

The work of the artist attracts the viewer’s attention with a dark plot, while at the same time offering something deeper and more complex. Joe’s figure is both subject and object at the same time; the depicted hero prepares a simple dish from his attitude and perception, and suggests that he try it for the spectator.