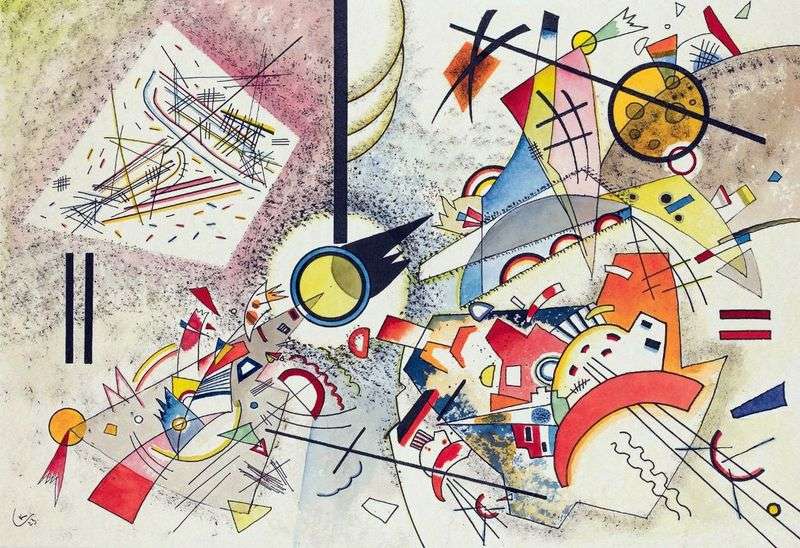 This dynamic watercolor was written by Kandinsky in the mid-1920s, when his art, both theoretically and in practice, is experiencing a powerful upsurge.

Returning to Germany from Moscow in June 1922, the artist quickly merged into the German art world. He began teaching at the Bauhaus school in Weimar, took part in a number of exhibitions and densely engaged in theory, which in a few years formed the basis of the book “Point and line on the plane.” In these years, under the influence of constructive constructivism, Kandinsky’s picturesque style changes from free and flowing lines and shapes in the direction of geometricity. On the canvas more circles, triangles and straight lines.

However, the artist eschews constructivist utilitarianism, which is clearly expressed, for example, in the works of Soviet artists of the time. For Kandinsky, the poetic and spiritual aspects of creativity always came first. November 5, 2015 picture sold to Sotheby’s for 5.74 million dollars