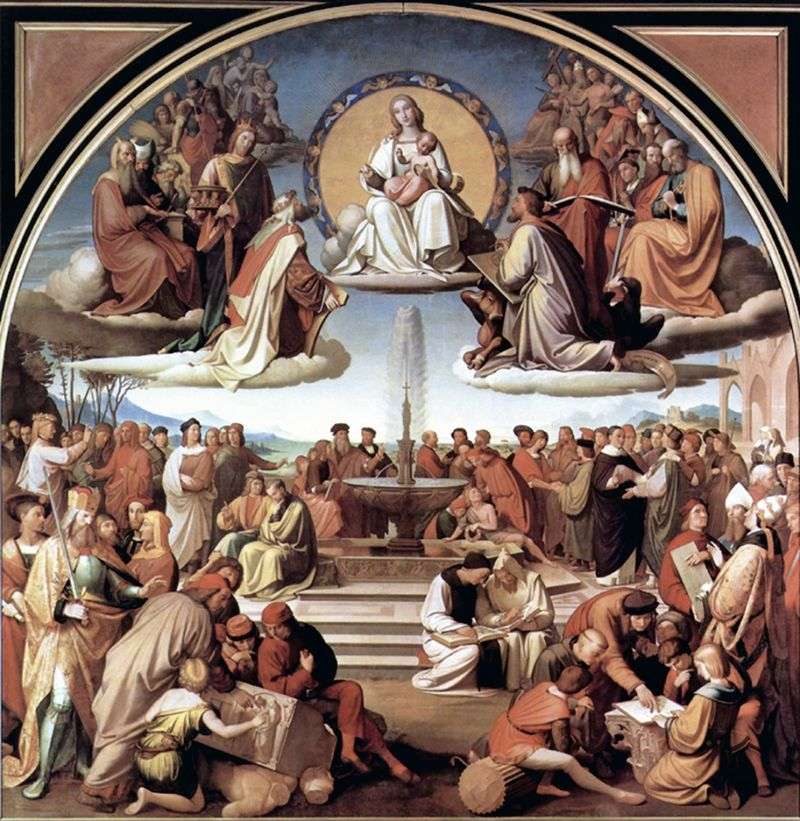 The creation of a work of art capable of revealing a sincere religious feeling, a return to the old classical fresco technique is one of the main provisions of the Manifesto of Nazarens, in the creation of which Overbek took part.

In 1809, he graduated from the Vienna Academy of Arts and in the same year, together with his friend P. Pvérrom, founded the “Nazarene” artist association, the Brotherhood of St. Luke. Artists settled in the cells of the Roman monastery of San Isidore and tried to observe the statutes of the medieval brothers.

In 1813, Overbeck adopted Catholicism. In 1816-1817, the artist, together with other Nazareans, worked on the paintings of the Palazzo Zuccari, in which the influence of the creative work of the masters of the Early Italian Renaissance is palpable. “The Triumph of Religion in the Arts” – later the program of the artist.

In its composition it corresponds to the altar images of the Renaissance. In the center of the composition is placed the Madonna, to whom the kneeling Durer and Raphael – the idols of the Nazarens – bring their art as a gift. Other well-known works: The Sacrament of Repentance from the Seven Sacraments cycle. Hermitage, St. Petersburg; “Italy and Germany”. 1811 – 1828. New Pinakothek, Munich.