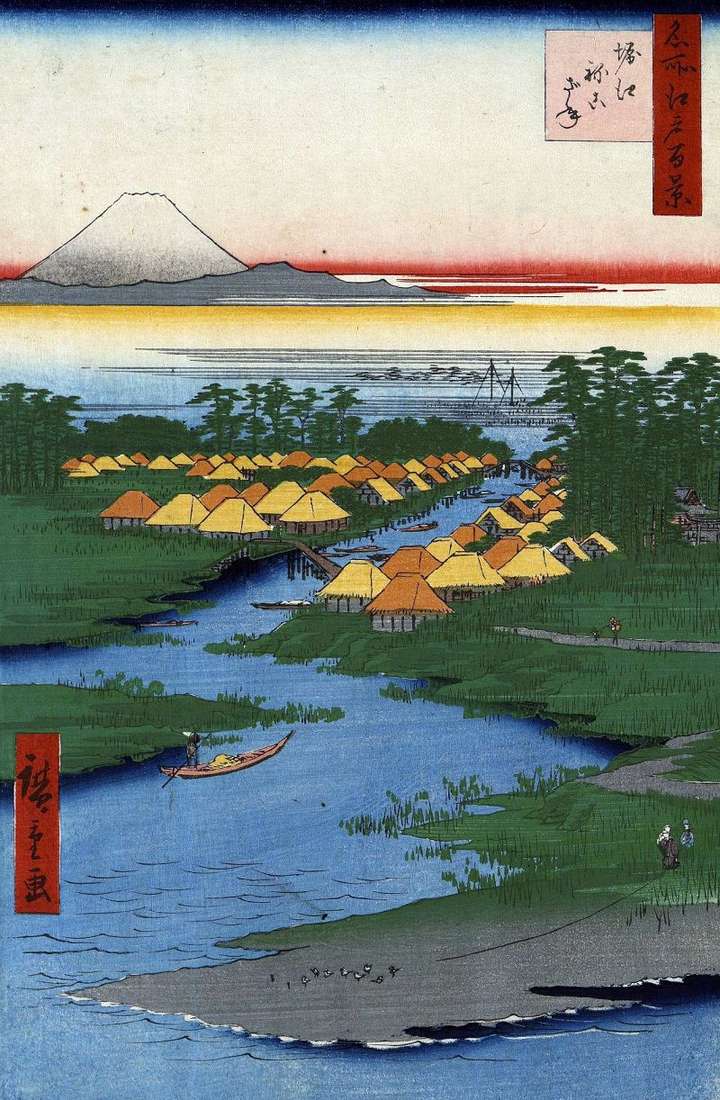 In the area of Getoku, which was the center of the supply of Edo with salt, there were three villages: Horye, Nekozane, Todaidzyma. On the banks of the Sakaigava River, which was the tributary of the Edogawa River, the villages of Khoree and Nekozane were located. The viewer can see them in the center of the sheet. On the left is the village of Horie, on the right is Nekozane, they are connected by a small bridge. The villages were in the lowlands near the Edo Gulf and often suffered from tsunamis and floods.

Nekozane was closer to the Gulf and especially badly damaged during the tsunami of Einin in 1293. By the forces of the villagers, a dam was built near the ancient Toeuke-jin-jia shrine. The dam was fortified by planting a lot of pine trees on it – in fact, this influenced the name of the village. The word “Nekozane” comes from the phrase: “Ne-o spit-well” – “Do not pour over the roots.” Fishing flourished in both villages. Fish and seafood were supplied to Edo, bakagi shells were particularly popular. Far away, in the depths of the sheet, two masts of boats are visible at the shore of the bay.

To the left rises the white peak of Fuji. The main color difference of the two sheets is a dark blue, shifting to almost black, a strip near the upper boundary of the engraving, referring to a later edition. The outlines of the trees stand out with a dark silhouette against the background of a light mist strip in the background.