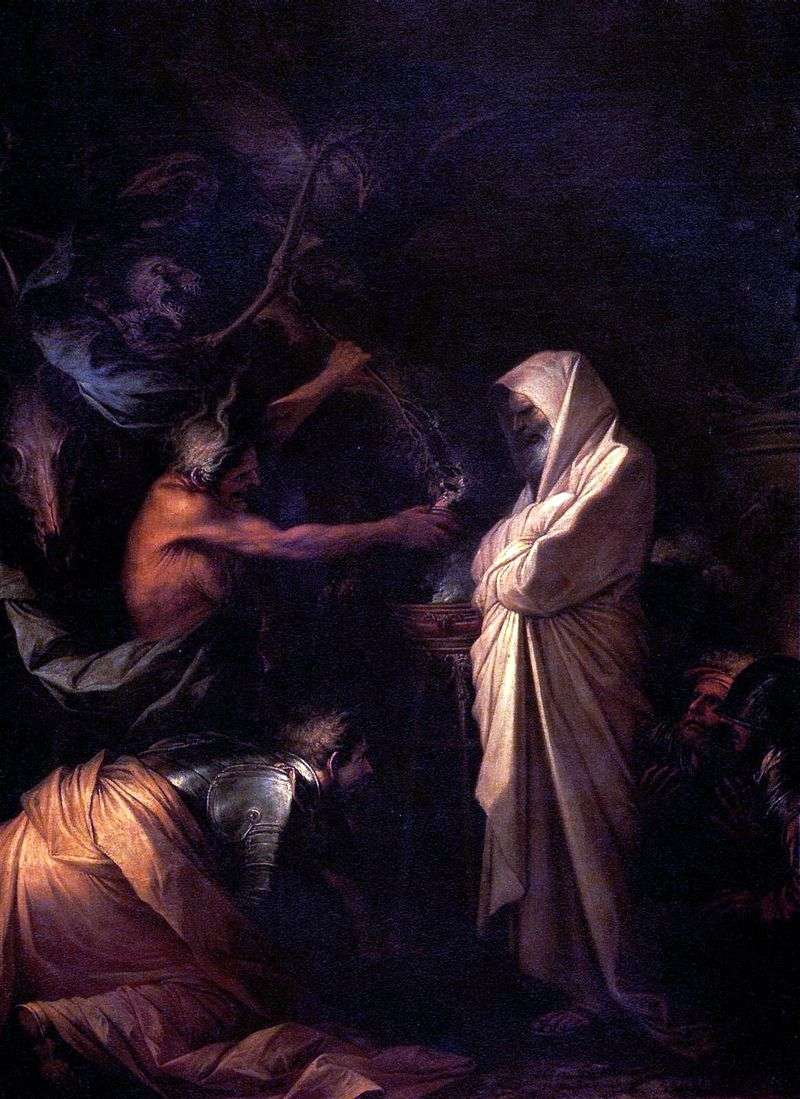 The influence of Salvatore Rosa was unusually diverse and powerful. He is much broader than contemporary painters, he interpreted many topics, actively mastering the plots of poetry and drama, scenes of human passions and robbery, being interested at the same time in music and politics of his time. He was attracted by characters born under the sign of Saturn – dark, rebellious, brilliant.

The human genius became an important topic of this master, as if he lived in the 1800 era. Inner craving for the unexplored and inexpressibly mysterious caused Salvatore Rosa’s lasting interest in everything that is quaint, unusual, including black magic. He did not stop at breaking the conventions and, to a certain extent, accidentally became one of the first artists who studied the correlation of colorful tones directly in nature. Not surprisingly, and very characteristic of Salvatore Rosa, that in nature he also felt something disastrous and sinister. The influence of this master on many serious artists of the XVIII century. turned deep, resuming over and over again.

The plot presented here is typical of Salvatore and was rarely portrayed before him. The biblical king Saul, who had driven out wizards and soothsayers from the country, was afraid during the war with the Philistines that he would be defeated by them. “He saw the camp of the Philistines, and he was afraid, and his heart greatly trembled.” The king wished to address the sorceress, and the servants took him, disguised, in the dead of night to the sorceress in Aendore. King Saul asked her: “… thrill me, and bring me whom I will tell you about.” After hesitating, the sorceress appealed to the spirit of Samuel, Saul’s predecessor, mourned by all. And he recognized Samuel in an old man, rising from the ground and wearing long clothes, “… and fell on his face and bowed.”

The spirit of Samuel confirmed that, having insulted the Lord, Saul would suffer a defeat, and he, hearing this, “… suddenly fell with his whole body to the ground, for he was greatly frightened by the words of Samuel; moreover, he was not strong enough…”. The whole story sounds like a script for Goya. The spirit of Samuel, wrapped in a shroud, anticipates the frightening images of ¤0_0_1_0¤Parice ¤0_0_0_0¤ of Goya. Salvatore Rosa, in fact, like no other, can be considered the founder of romanticism.