Home ⇒ 🎨Baldung Hans ⇒ The Sabbat of the Witches by Hans Baldung 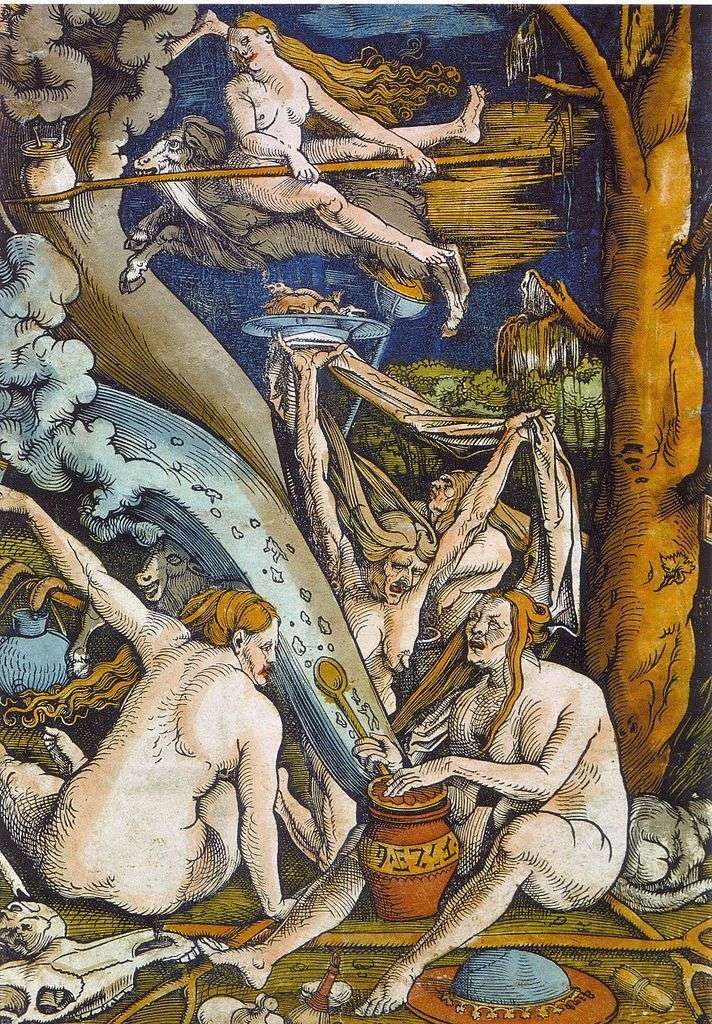 Medieval theological science identified five key concepts of witchcraft: a deal with the devil, coition with the devil, flight of a witch, a coven and spells of witchcraft. According to medieval acts of lawsuits, every meeting of witches with their hellish lover or the devil himself was accompanied by sprees and joys. The culmination of these disobediences were the nightly witches of witches, the main of which was a great coven.

If in 1000 the Church considered the flights of people across the sky as pagan bikes, then, 250 years later, they recognized them as possible. Hans Baldung, like everyone who lived at that time, did not escape superstitions. The engraving of Hans Baldung “The Sabbat of Witches” shows the last preparations of witches to the beginning of the Sabbat and meeting with the devil.

Hans Baldung Green was not only a recognized painter, but also a great master of engraving. It was in the engraving that he developed the theme of demonism, a whole series of woodcuts and engravings about witches appeared. These works are interesting in that they show wild fantastic powers, using a potpourri of blatant colors – pure black contrasts with pale yellow, dirty gray and luminous green predominate in such works. Light-shadows are almost absent, the artist put, obviously, other tasks – to make the work bright and catchy, but not to cause admiration. His witches are ugly, the figures are angular and the whole composition is built on some kind of fracture.

In the engraving of the Sabbat witches, we see naked women preparing to fly to the Broken mountain, where according to legend, the covenants were held. The witches in Grin’s engraving are creepy, rude matrons, who retained the impulses of passion and lost all, to the last, charms.