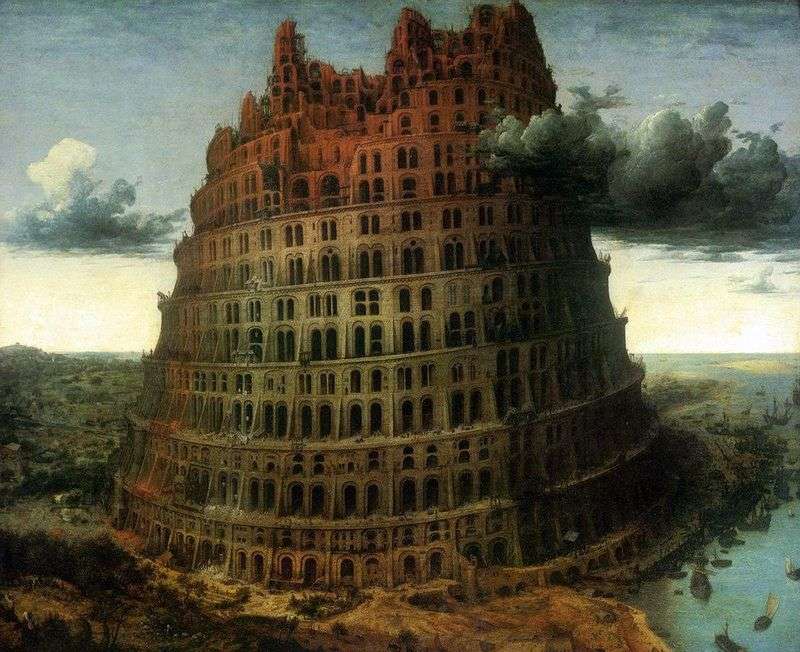 The painting “The Little Tower of Babel” presumably dates back to 1564. The size of the picture is 60 x 74.5 cm, wood, oil. Art historians and researchers of the work of Peter Brueghel do not have a common opinion about whether this picture was written a little later or a little earlier than the famous “Tower of Babel”.

Here the construction is already suspended: people are not visible at all. Unlike the large “Tower of Babel”, the picture is made in dark colors and looks gloomy, deserted and abandoned people. Perhaps Brueghel wrote more copies on the popular story, which, however, has not survived to this day.

So, for example, in the guarantees of the Antwerp merchant Nikolos Ionhelink, dated 1565, one more “tower of Babel” by Peter Brueghel is mentioned. The painting “Construction of the Tower of Babel”, measuring 31 x 40.5 cm, copper, oil is stored in the Art and Historical Museum in Geneva.