Home ⇒ 🎨Picasso Pablo ⇒ The girl on the ball by Pablo Picasso 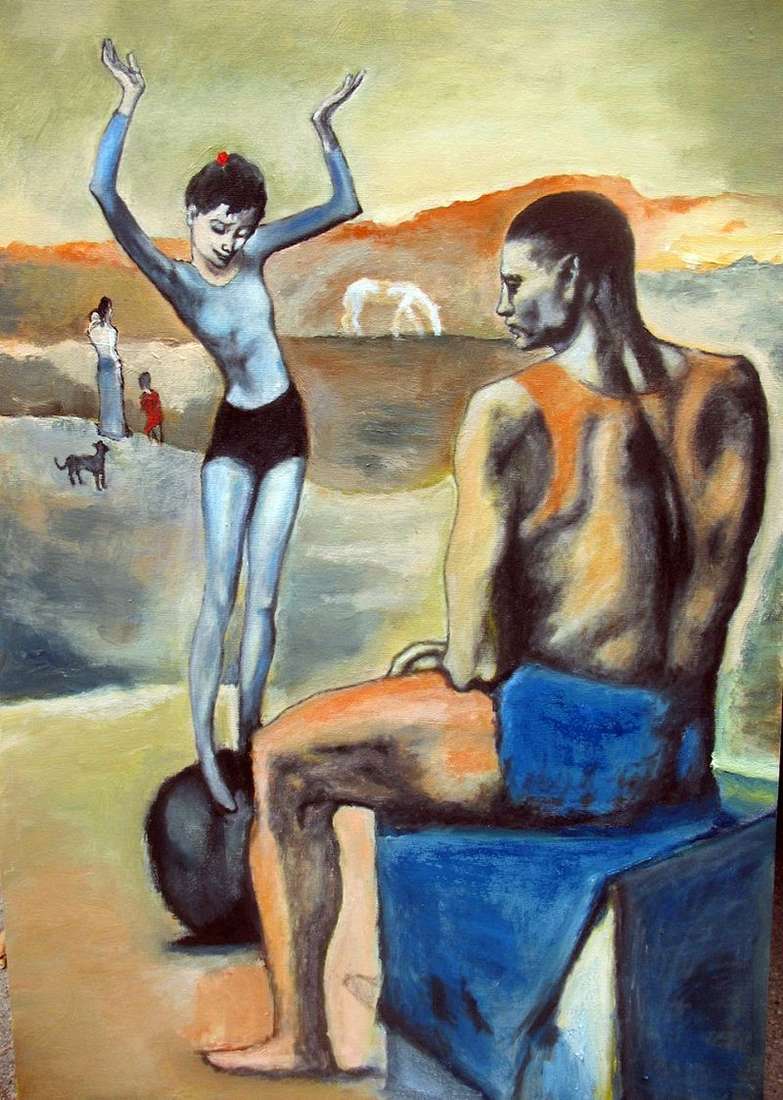 The painting depicts a wandering troupe of acrobats. Almost the entire canvas depicts two: a fragile gymnast rehearses a circus number, balancing on a ball, and a powerful athlete sits nearby, resting. The picture is filled with inner drama, which is the basis of the composition of the picture, and is built on a comparison of contrasts.

The landscape depicted in the picture is a dull, sun-scorched hilly plain, a country road stretched along it, where the traveling circus carriage stopped. In the background, the picture shows a random passerby with a child, and a grazing white horse.

The dull background contrasts with the cheerful craft of artists working among the noisy cheerful crowd of spectators. The ball and the cube standing on the ground – circus properties – are also opposites. The contrast of movement and stillness is played up.

The girl sways gracefully, keeping her balance, the athlete sits frozen like a monolith. It practically merged into one with its pedestal, personifying immobility and constancy. The red flower in the gymnast’s hair is a bright spot among the pastel bluish and pink flowers of the picture. The painting was written in 1905, and is one of the most significant works of the “pink” period in the works of Picasso.