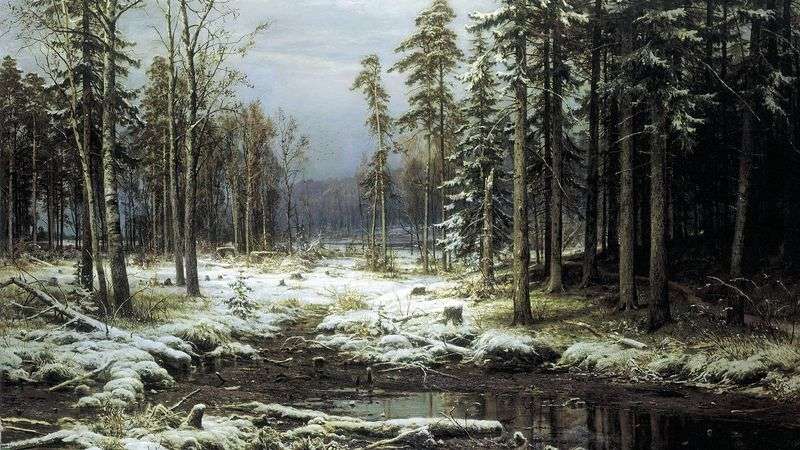 Despite the fact that the lyrics were not Shishkin’s element, he gave her tribute. Among Shishkin’s works there is one, by which researchers usually pass. And it is very “Shishkin”, since it clearly identifies the theme of the forest, and at the same time it represents an exception, because it seems to have left a state not close to the artist, close to “dejection” of works by Russian artists of the 1870s. .

This picture is called “First Snow”. Everything in it is damp, wet, viscous and dreary. Everything is unusual for the sensation, even for the involuntary touch of the portrayed hollows, heavy, sagging snow, emerging water, not accepted by the earth, gray, gloomy sky and the wrong light, disturbing the panorama of late autumn.

It seems that Shishkin’s realism reached its apogee. He does not exaggerate, accentuate, exaggerate. The mood is created by the most dull naturalness of the raw dank forest. Naturalism has risen here to its heights.