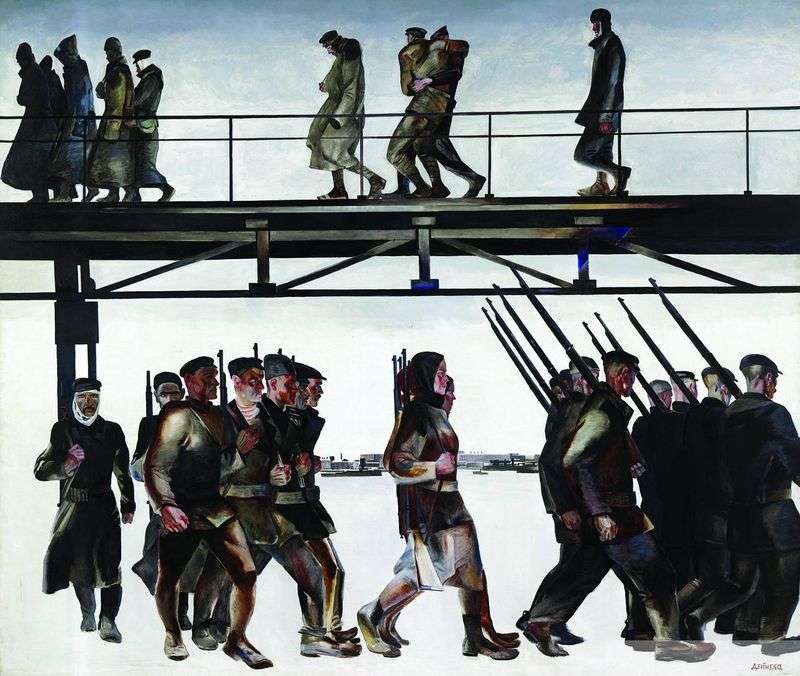 The work “Defense of Petrograd” is one of the symbols of Soviet painting and is the author’s repetition of the same picture by AA Deineka in 1928 and devoted to the events of the Civil War of 1919, during which the Workers ‘and Peasants’ Red Army fought against white troops – opponents of the Soviet regime.

According to the artist’s intention, two processions of soldiers and volunteers marching in opposite directions in the upper and lower “registers” of the composition mean, respectively, the return of the wounded and the vigorous performance of new soldiers ready to receive baptism of fire. Wrapped in a greatcoat bent figures of the wounded, who returned from the fronts, are a painful sight.

But closer to the viewer there is a column of new Red Army men boldly marching toward fate, in the ranks of which there are also women, and even a wounded man with a bandaged head, not sparing himself for the common goal. The artist sought the right types for writing the painting among factory workers who participated in the Civil War.