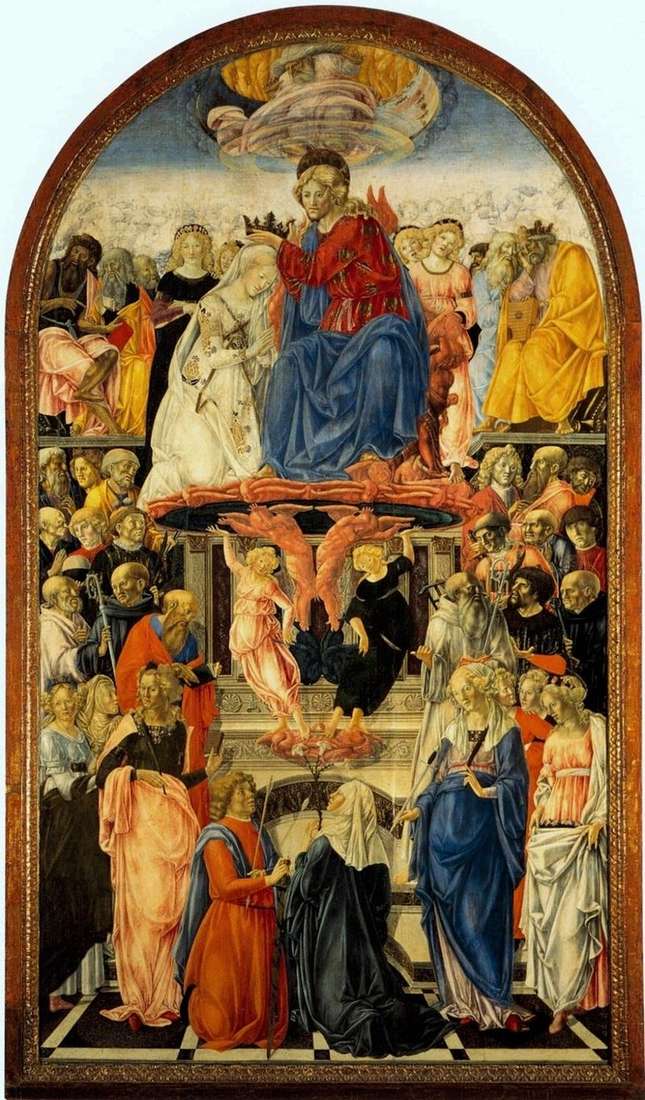 The plot is found in paintings created specifically for altars of churches dedicated to the Virgin Mary or belonging to the monastic orders, enjoying her patronage. Its most common

form is the Virgin Mary, sitting next to Christ, who wears a crown on her head. Another option: the Virgin Mary is kneeling before Christ. Or she receives a crown from God the Father or from the Trinity.

Designed for the abbey in Monteoliveto Maggiore, this large and multi-figured altar is the most ambitious and complex creation of Francesco di Giorgio. The central scene with Christ, who crowns Mary on the podium, supported by the angels, is surrounded by about forty characters, endowed with sharp graphic interpretation, with individual features. Above all, in a complex perspective, a whirlwind image of God the Father appears.