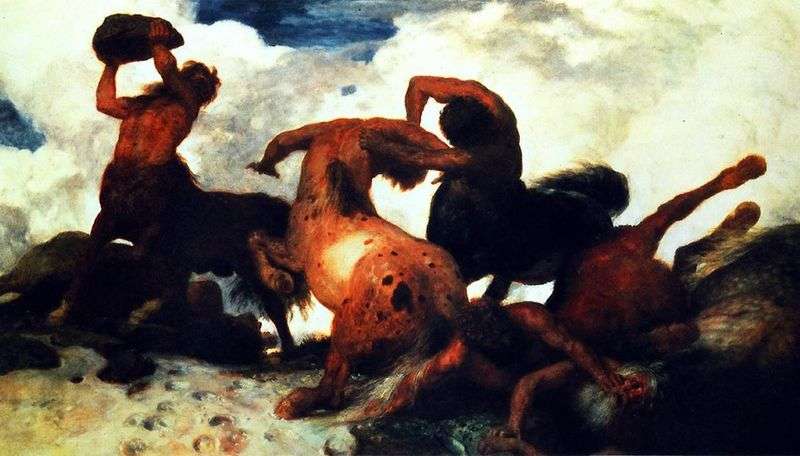 This canvas conveys a general sense of horror rather than real details of what is happening. The heroic figures of the centaurs in sharp corners dominate the timeless landscape.

The agonizing poses of the centaurs, their distorted faces create the tension of the composition, and the deep, rich tones convey the dramatic acuteness of the scene and the intensity of the passions. As an artist, Becklin formed in Italy.

This country inspired him to choose the classical and mythological subjects, which he embodied in a poetic manner under the influence of the French Romantics Eugene Delacroix and Theodore Gericault.

Dreamlike compositions of Becklin with their gloomy coloring and oppressive emotional atmosphere brought the artist a great reputation during his lifetime, and later influenced the work of German expressionists and French Symbolists. Allegorical scenes of Becklin were especially appreciated for their dramatic and powerful emotional impact.