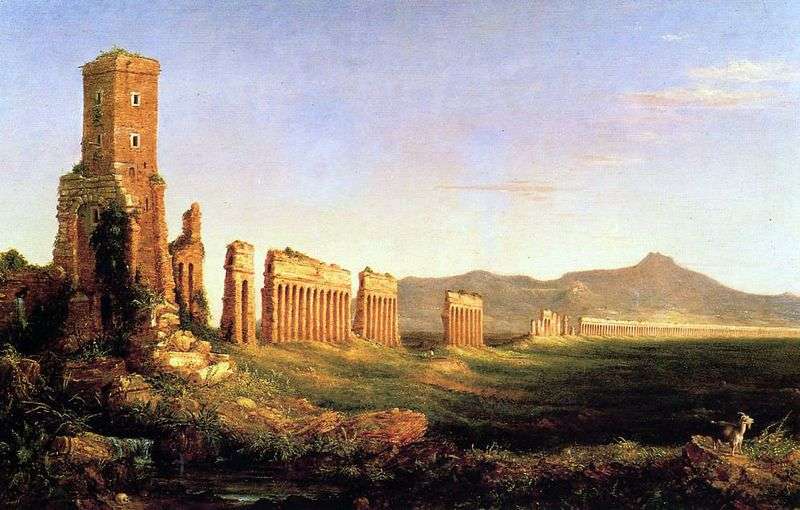 The aqueduct is a water channel for supplying water to settlements, irrigation and hydropower systems from higher sources. Aqueduct in a narrower sense is called part of the waterway in the form of a bridge over the ravine, river, road. Sufficient in width aqueducts could also be used by ships. The aqueduct is similar in structure to the viaduct, with the difference that it is used to carry water instead of organizing a road or railway track.

The aqueducts are constructed of stone, brick, reinforced concrete or steel. Such structures consist of a base on which stone, cast-iron or brick supports are erected, and a coastal stand on which pipes are laid or cuvettes are laid. History Although aqueducts are most associated with the Romans, they were invented centuries earlier in the Middle East, where Babylonians and Egyptians built complex irrigation systems.

The aqueducts of ancient Rome The Romans built numerous aqueducts for the delivery of water to the cities and to industrial places. In the city of Rome, water was supplied through 11 aqueducts, which were built for 500 years and had a total length of almost 350 kilometers. However, only 47 kilometers of them were above ground: the majority passed underground. The longest Roman aqueduct was built in the 2nd century AD to supply water to Carthage, its length was 141 kilometers. During the construction, advanced building materials were used, such as waterproof pozzolanic concrete.

Roman aqueducts were extremely complex structures, technologically they were not outdated even a thousand years after the fall of the Roman Empire. They were built with remarkable accuracy: the Pont du Gard aqueduct in Provence had a slope of only 34 cm per kilometer, descending only 17 meters vertically for all its length of 50 kilometers. The aqueduct in Segovia The transportation of water only due to gravity was very effective: 20,000 cubic meters of water per day passed through the Pont du Gard. Sometimes, when crossing depressions of the surface with a difference of more than 50 meters, pressure water pipes – dyukers were created. In modern hydraulic engineering, similar methods are used that allow reservoirs and water pipes to cross various depressions.

Further development of the aqueduct system Most of the experience of Roman engineers was lost during the Dark Ages, and in Europe the construction of aqueducts practically ceased until the 19th century. Water was often extracted by digging wells, although this could cause health problems when local water supplies became contaminated.