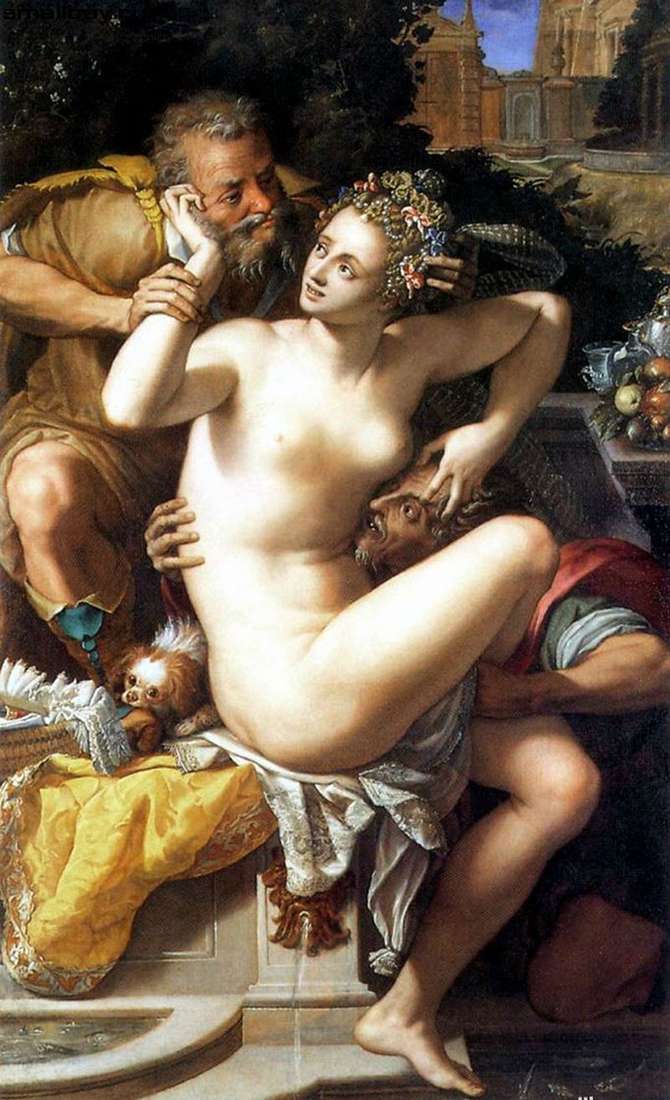 This is a story often portrayed in art. Susanna, the wife of Jehoiakim – a rich, beautiful and God-fearing Jew, the wife of a migrant from the kingdom of Israel in Babylon, named Joachim. She was walking around the garden, then decided to swim, while at that time there was not a single maid beside her. Two elder men watched her, they were high-ranking officials elders. They wanted Susanna, who was the wife of a wealthy Jew, and planned how to achieve it.

The elders attacked Susanna and threatened that if she did not surrender to them, they would accuse her of adultery with a young man. This was punishable by death. The elders exercised their threat. “Susanna was seized and brought to court, found guilty on false charges and sentenced to death.

At the eleventh hour Daniel spoke and made cross-examination to the elders. Having interrogated them separately, he received contradictory testimonies from them, which proved Susanna’s innocence. This ancient story, described at the end of the prophetic book of Daniel as an appendix, does not have historical certainty. In Jewish texts the story of Susanna is missing.

The writing of the legend of Susanna and the elders is attributed to the first century BC. Perhaps, at the heart of this story is a real event, but in the form in which the legend of Susanna is represented in the book of the prophet Daniel, it raises some questions and misunderstandings. In the “Biblical History” of Metropolitan Filaret, the event “Susanna and the Elders” is attributed to questionable incidents.