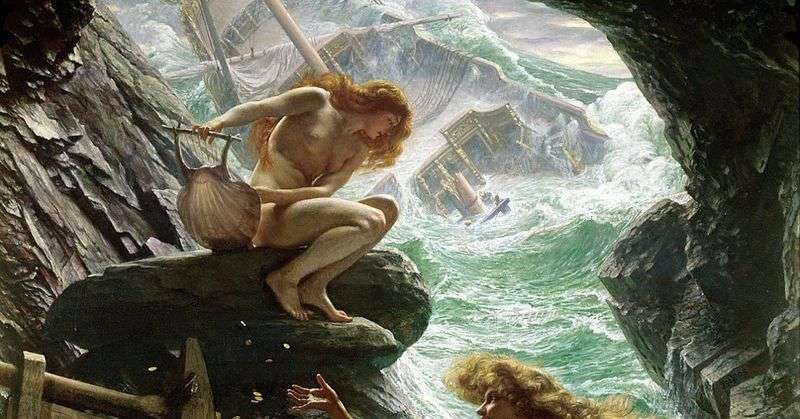 In the mythology of ancient Greece, nymphs were usually depicted as girls who lived in solitary grottoes or caves and were considered the personification of nature itself. They were divided into several species – nymphs of valleys, sources, oceans. In this case, the picture is written about the nymphs of the storm.

The girls are located in a cave, and enjoy the sunshine and the flying spray of the stormy sea. The artist succeeded in such historical and mythological paintings, distinguished by originality in the compositions, brilliance of colors and accuracy of the picture. Edward Poynter is known as an excellent genre and historical painter, mostly writing with watercolors.