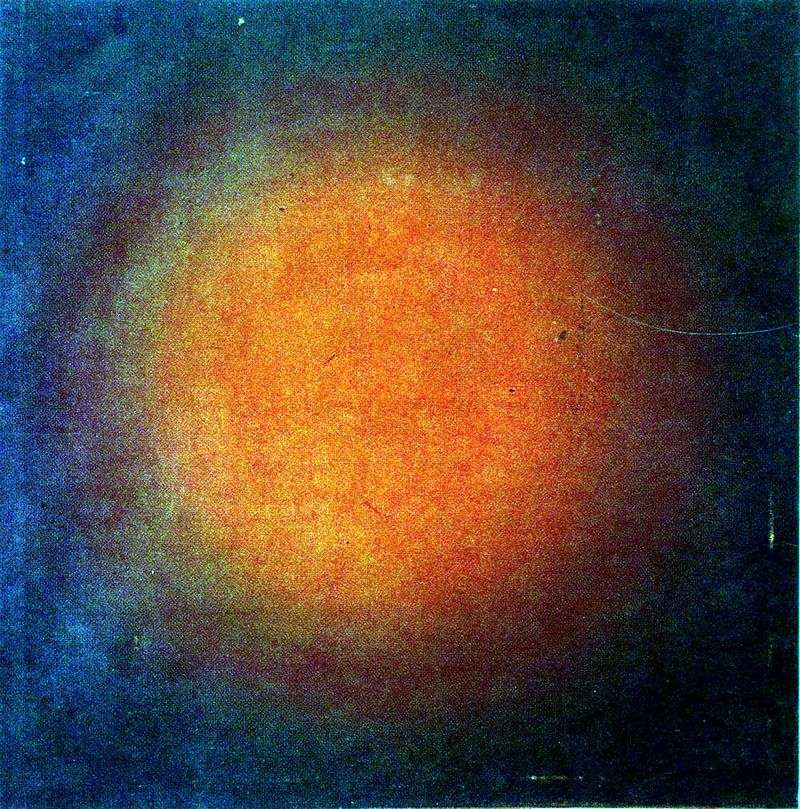 A recognized masterpiece of the unrecognized avant-garde artist, this picture clearly represents the basic principle of non-objective art: the destruction of the “background-figure” dilemma and the dissolution of the linear contour.

The picture is filled to the brim with a silhouette of a red ball, the radiance of which extends to its entire plane and reaches the black borders of a gaping blackness. Geometry dissolves in mystical light, which gains a complete victory over form.

In these years, the artist is interested in the gaping center of the picture, the place of its contemplative potential, which leads to the abstruse. He entered into active polemics with representatives of the “industrial art” and argued that the paintings – it’s still more artistic experiments, rather than technical projects.

Previous creativity of Klyun took place within the framework of Suprematism, but in 1919 he decided to break with this style and turn to the “living” art of color. However, the creation of several color structures from geometric forms did not entail anything other than accusations of formalism. Later he was fond of the achievements of French painters and wrote mostly still life in the spirit of purism.