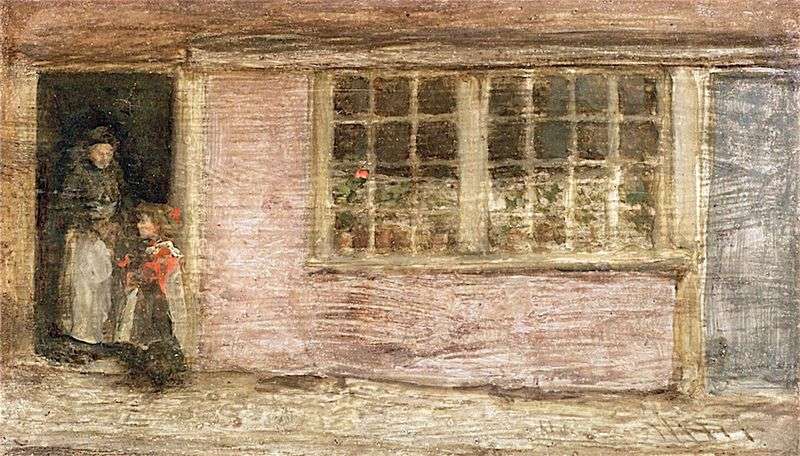 Whistler believed that a true artist is able to turn into a work of art any, the most common everyday scene. He also spoke about this in his “Ten Hour Lecture,” urging young artists “not to turn away from everyday life.” Whistler himself was often inspired by street sketches and shop windows. Sometimes the artist portrayed them in a realistic manner, but more often brought the atmosphere of mystery into the picture, as happens, for example, in his genre scene “Showcase”, which can be considered the urban equivalent of his “Nocturnes”.

The best works of Whistler, performed in this genre, refer to the 1880s, when the artist created a series of paintings depicting shop windows. Most of these works differ in a small format, and they show only part of the facade of the building. As in Nocturnes, these scenes are not tied to any specific geographical context, and they can be viewed simply as sketchy experiences of studying tonal harmony. Later, this feature began to emphasize the artist, introducing musical terms in the names of such works – for example, “Orange Note: Confectionery Shop” or “Blue and Orange: Shop of Sweets.”