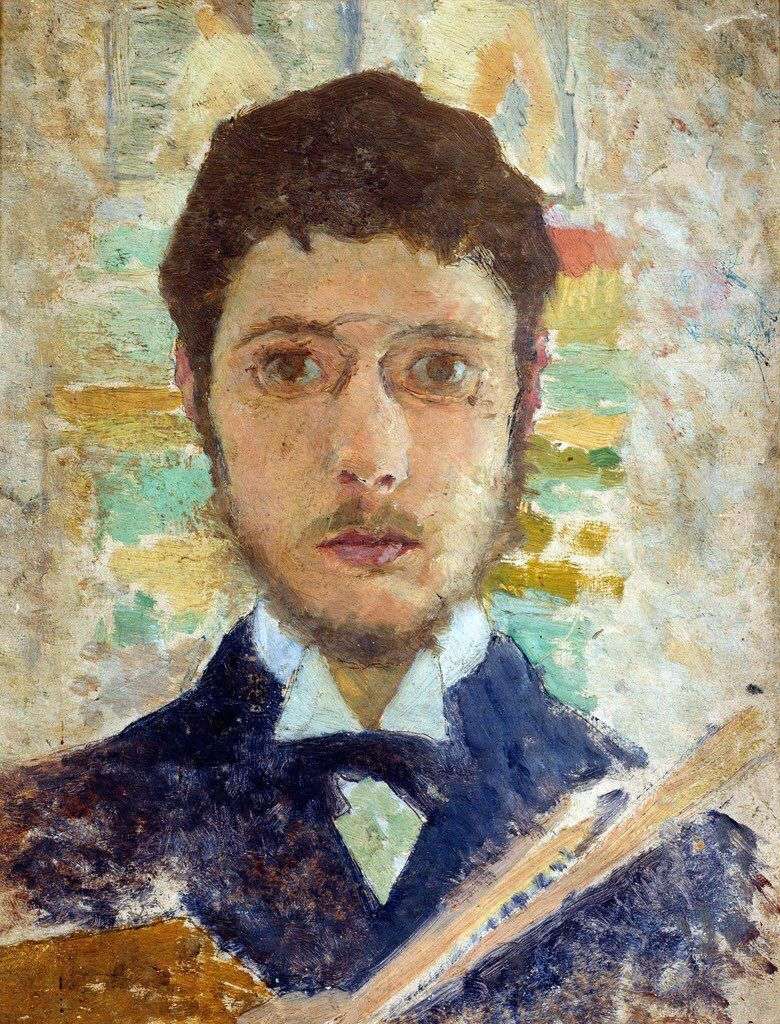 The artist is present in each of his paintings, and we are present in it with him. The self-portraits of Bonnard are striking in this sense. On them we can trace his whole life. For example, a self-portrait of 1889, from which a very young man is looking at us. He longs for recognition, fame, his gaze is determined. Brushes and palette he holds as a warrior

could hold a shield and a sword.

Compare this self-portrait with what was written in 1930. The artist became much older. He achieved recognition, but he was very tired on this way. “He who sings,” said Bonnard once, “is not always happy.” Self-portrait of 1930 can serve as a picturesque illustration of these words.