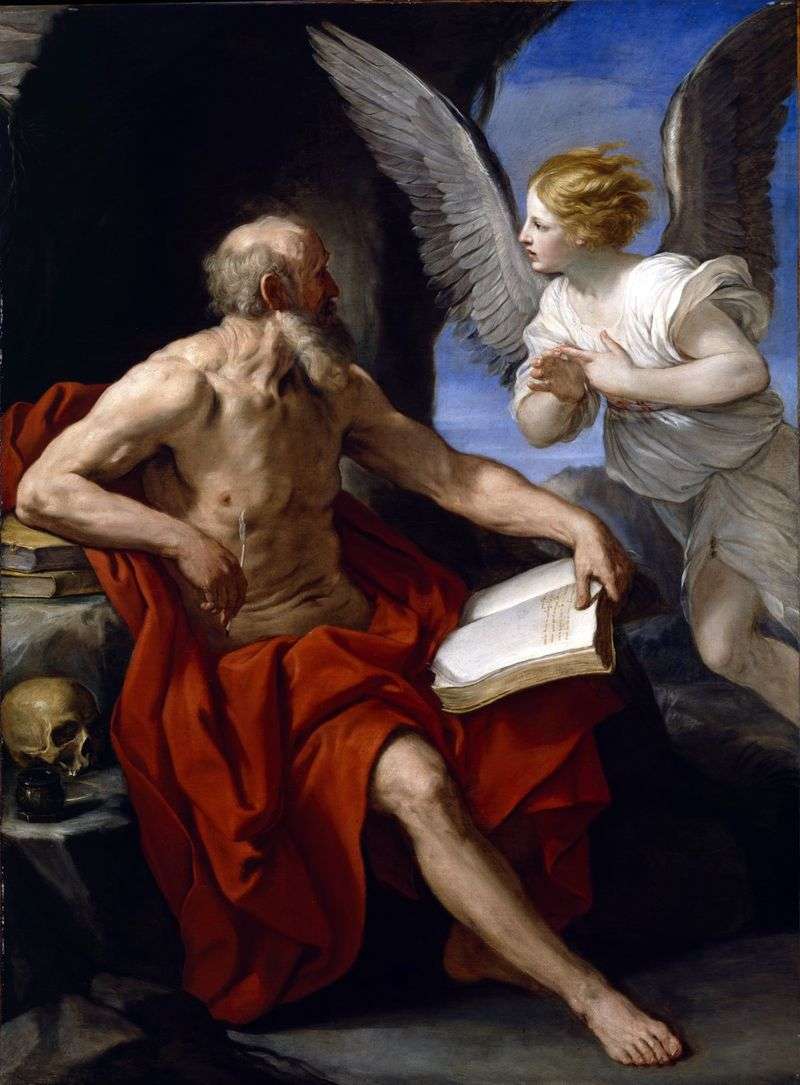 Deep religious composition of the artist represents the ascetic of St. Jerome in the cave for the translation of the Bible into Latin. St. Jerome is an angel, inspiring and helping him in difficult work. The composition is dominated by the imposing figure of Saint Jerome, wrapped in rich red draperies.

Reni’s desire for naturalism manifests itself in the depiction of the graying hair of St. Jerome and his flabby body and is marked by the influence of Caravaggio. Pious, often even ecstatic paintings of Reni made him one of the greatest masters of the early Baroque, when dramatic movement and rich color were used to achieve particularly expressive effects.

However, the compositional techniques and color of Reni are based on the classical education received by the artist at the academy of the Carracci brothers in Bologna. Thanks to their subjects, Reni’s paintings were very popular in the 17th and 18th centuries.