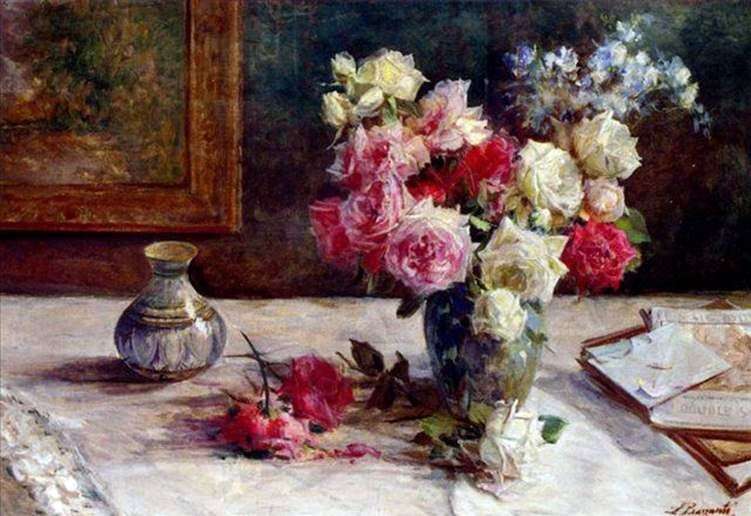 Whatever you say, flowers bring to our dull and familiar everyday shades of joy and freshness. Even for this, they have to “kill”, that is, cut off with stems and put in a vase of water, so that they do not wither longer, they do not fade. And a rare artist will refrain from at least once turning to the genre of still life, even if he was considered low, for example, in the aesthetics of the Enlightenment of the 18th century.

The painting of the Italian painter Licinio Barzanti is fragrant with roses in a vase, and roses of several varieties: white, pink, red. Several of them did not enter the vase, although it is quite bulky. For them, apparently, prepared a second vase – the one that is smaller and also is on the table, while waiting. Both vases are on a snow-white tablecloth, in the right corner are several books or albums. The top left corner represents the edge of the big picture hanging on the wall. About what is painted on it, you can only guess, and the artist did not pursue such a goal.

The decoration itself indicates that the room belongs to a person with an average income. Here, as they say, everything is modest, but furnished with taste. It is interesting that behind roses there are flowers of a completely different kind – almost field cornflowers. A strange, paradoxical combination, creating a whimsical artistic harmony.