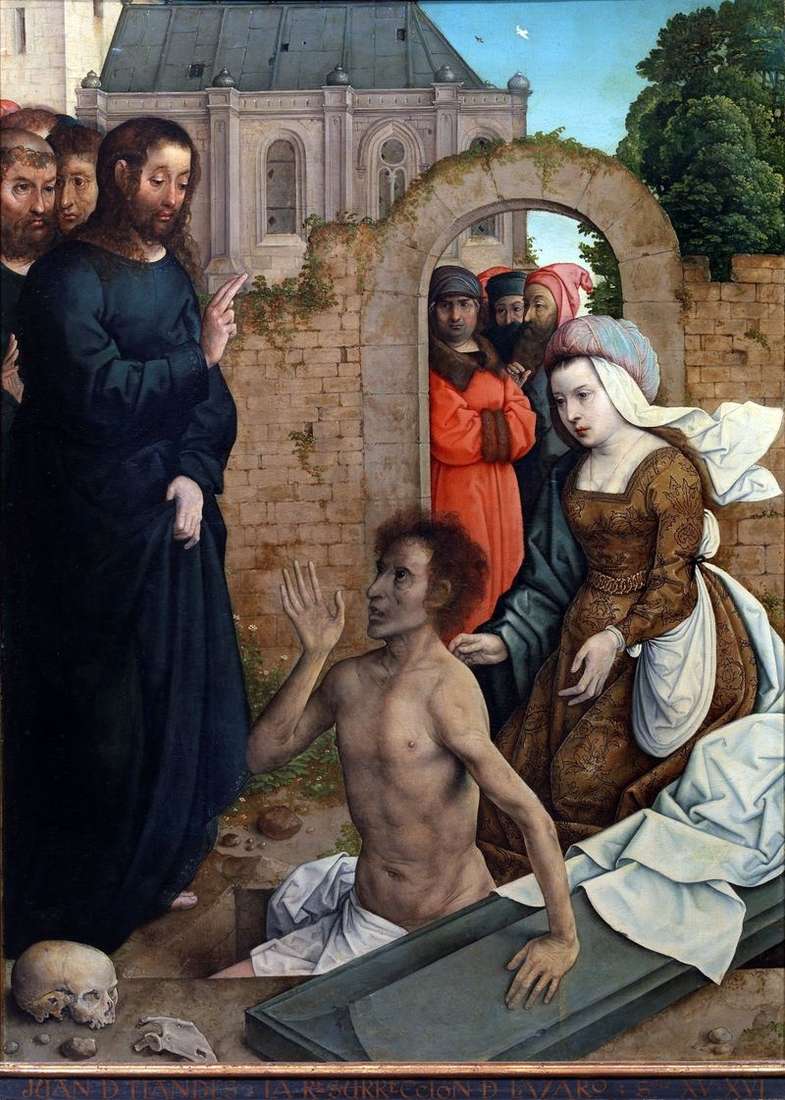 The board is part of the altar of the church of St. Lazarus in Palencia and represents one of the miraculous acts of Christ – resurrection from the dead. This gospel episode is contained in the texts of John the Theologian. In front of the audience, Christ created the greatest miracle, proving his dual nature as the Son of God and the Son of Man and establishing his authority over death.

The action takes place against the background of a dilapidated wall with an arched opening, behind it is a temple. Flandes actively includes in the artistic context the allegations adopted in the art of the Northern Renaissance. Witnesses of a miracle crowd under the dilapidated arch, which points to the Old Testament. But the miracle happened, and, as John the Theologian relates, many who saw it believed in Jesus. Thus, according to the word of Jesus, the temple of the new faith was erected, which is already visible and will soon appear before the people as soon as the wall of the Old Testament collapses, and the New Testament shines over the world.

The color of the whole composition has a special color plasticity, the artist skillfully conveys the landscape, the details of events, the state of mind of the characters – from doubts to full assurance. The cleavage of the paint layer fully corresponds to the spiritual unity of people, which preaches the new teaching of Christ.