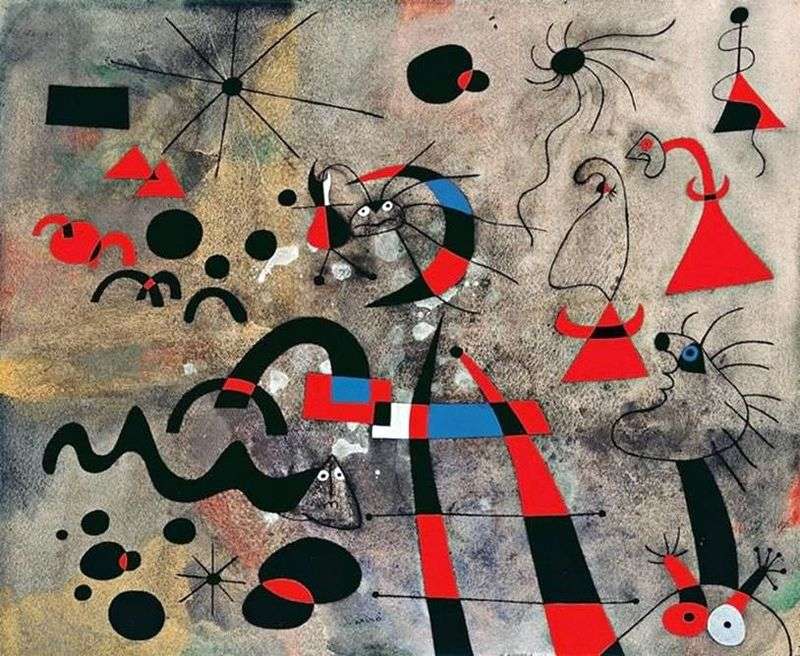 Among the most significant works of Miro stands out a series of 23 small paintings, known as the “Constellations”.

The work was created during the beginning of the Second World War, and the ladder depicted on it, later on, is often used by the artist in a metaphorical sense and transfers the paintings to another plane far from secular realism. A rescue ladder may be needed to ensure the path of the artist and the viewer from war, genocide and cruelty. This is the most famous work in the series “Constellations”.